Three years in the making, RDF Television’s format was partly inspired by Mischel’s famous marshmallow test, which found that identifying four-year-olds who were able to delay their gratification was a better indicator of future success than any IQ test. 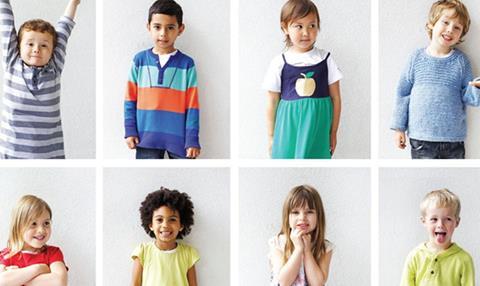 The Secret Life Of 4 Year Olds

Three years in the making, RDF Television’s format was partly inspired by Mischel’s famous marshmallow test, which found that identifying four-year-olds who were able to delay their gratification was a better indicator of future success than any IQ test.

It also emerged from co-creators Cathy Rogers’ and Teresa Watkins’ fascination with watching their own young children as they reached the pivotal stage in their life, when they began to explore their independence.

The team rigged a nursery with a camera, cast a group of four-year-olds and concealed two scientists behind a two-way mirror to observe and analyse events as they unfolded – a quirky spin on sports commentary.

Supported by The Wellcome Trust, the scientists set up a series of experiments that neatly trod the line between academic and populist.

Unsure whether the footage captured would prove compelling, their fears were allayed after just 20 minutes by a battle between two boys for the position of ‘alpha male’. A hit was born.

One judge described it as “magical and utterly watchable”. Another highlighted its authenticity and the sensitive way in which the material was handled.

TXing in an 8pm slot with a consolidated audience of 3.5 million, The Secret Life Of 4 Year Olds was Channel 4’s most popular factual programme of the past five years and went on to spawn a series and a range of spin-offs.

Back In Time For Dinner
Wall to Wall for BBC Two

This living-history experiment was rooted in serious research after producers discovered the long-running National Food Survey, which documented household food consumption since 1940. The participating family’s home was authentically transformed no less than five times for the series, which quickly grew its audience to an average of more than 3 million.

The Great British Bake Off
Love Productions for BBC One

The baking format rumbled on into an allconquering sixth series – and its second outing on BBC1. Refreshed by three new episode themes and a twist in which the contestants were forced to bake without one of the usual ingredients, it also featured themed episodes, and one of the show’s most popular ever winners, Nadiya.

The survival format was reinvigorated for its second outing with two islands run in parallel: one inhabited by men and the other populated by women, with each filmed by an embedded crew. The result was two self-contained documentaries, broadcast concurrently, which shone a light on gender differences.

Top Gear’s producers knew they were on to a great VT when the Australian outback package forced out other, regular parts of the show. The three ‘GTs’ – a Bentley Continental, Nissan GT-R and BMW M6 – were taken squarely ‘out of their comfort zone’ in a 1,000-mile trip in which they raced through an iron ore mine and herded 4,000 cattle.

Few popular-factual shows feature deaths, but one of adventurer Levison Wood’s walking companions never recovered after collapsing in Uganda. Handled in a sensitive way, this ambitious series starkly showed how tough it was to complete the challenge of becoming the first person to walk the length of the world’s longest river.