“Fresh, funny and unique - a joyful show to watch” 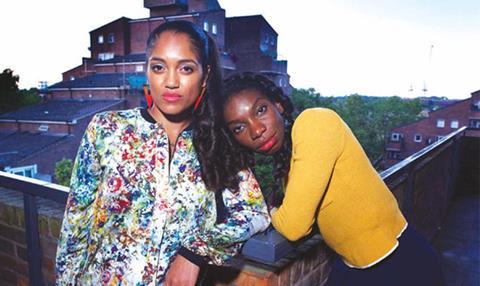 E4’s fast-paced and filthy comedy has pulled off an impressive double, repeating its success in this category at last year’s Broadcast Digital Awards.

Written by and starring Michaela Coel, the second series of Chewing Gum was described by one judge as “fresh, funny and unique - a joyful show to watch”, while another said it was “brilliantly written and executed”.

The series, produced by Fremantle Media-owned Retort, follows Tracey Gordon and her friends as they struggle to transition from youth to adulthood.

From a sex club to a book club, and a winning cameo from Grime artist Stormzy, series two took Coel’s creation - which has its origins in her play Chewing Gum Dreams - to bold new heights.

US viewers have had a taste of its distinctive London flavours too, with Netflix picking up the show last autumn.

Chewing Gum has been praised by critics and the audience alike for its warmth, authenticity and audacity,
particularly resonating with the under-served viewers targeted by E4.

It explores aspects of modern life, including family, sex, faith and friendship, with unusual candour and manages to combine comedy and drama without compromising either.

The second series was most popular across the younger demographics, exceeding E4’s average slot share among
16 to 34 year-olds, particularly female viewers.

The show took the form of a travelogue to various locations across Manchester, which meant filming a lot of footage for a short timeslot and then editing the documentary as if Partridge himself had made it.

The series, produced by Two Brothers Pictures, was both a critical and a ratings success, picking up a plethora of awards nominations and winning a peak audience of 1.2 million - and leaving fans begging for more.

BBC Studios’ fact-based drama followed the success of Murdered By Boyfriend with a sensitive take on the subject of honour killing.

The BBC Three show racked up 2 million requests on iPlayer and BAME viewers made up 16% of the audience when it aired on BBC One.

THE TUNNEL: SABOTAGE
Kudos and Shine France for Sky Atlantic

Series two of the Kudos and Shine France drama adaptation of Scandi noir The Bridge premiered on Sky Atlantic with an overnight average of 220,000 and a 1.1% share.

Up 246% on the slot average, it was Sky Atlantic’s top show of the year.

Written by and starring siblings Daisy May and Charlie Cooper - the latter in his debut acting role - the BBC Three mockumentary quickly created a buzz and went on to average 732,700 when it aired on BBC One.

The depiction of hopeless twentysomethings stuck in the village in which they grew up played into BBC Three’s focus on representing voices from across the country.