With a fresh look that sought to remind older children that there is still a place for them on the channel, judges said CBBC is “always inventive, clever, engaging and rewarding”. 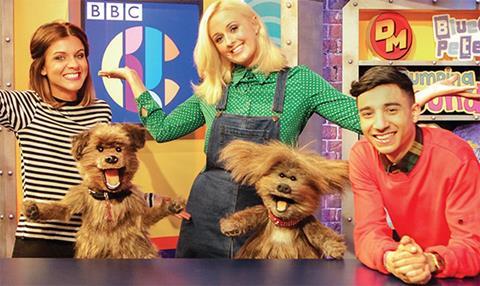 Judges identified a new swagger to CBBC in its 30th year. With a fresh look that sought to remind older children that there is still a place for them on the channel, it continued to break down barriers with programmes tackling transgender issues (the Children’s Bafta-winning I Am Leo), puberty (Operation Ouch!) and old age (Mr Alzheimers & Me).

Balancing this out was the return of an anarchic old favourite. Danger Mouse was dusted off for a new generation, with Alexander Armstrong, Kevin Eldon, Stephen Fry and Game Of Thrones’ Lena Headey joining the fun.

But the channel remains resolutely contemporary. An online mash-up of Danger Mouse and Star Wars: The Force Awakens was a cheeky signal of intent for how CBBC wants to serve what it calls the ‘connected generation’. It now promises to be ‘live from commission’, publishing production stills, read-through selfies and behind-the-scenes material to fans of its shows.

Digital-first drama The Secret Life Of Boys offered ways to join in with its heroine Ginger’s adventures online, while interactive drama Dixi and new title Lifebabble explored trolling and cyber-bullying.

Noting the challenge of providing “nourishing content” for its broad age range, judges said CBBC is “always inventive, clever, engaging and rewarding”. One went so far as to describe it as “a gem in the channel line-up”.

COMEDY CENTRAL UK
Peak audiences were up 25% in 2015 thanks to a string of new commissions, including Russell Howard’s Stand Up Central and Drunk History, which doubled its audience for series two. I Live With Models and Brotherhood also struck a chord, alongside hit US acquisitions such as Broad City and Bob’s Burgers.

HORSE & COUNTRY TV
Olympic gold medallist Mark Todd was among the horse-racing stars to join Jenny Rudall for Rudall Rides With, one of several new formats for the channel in 2015. Meanwhile, H&CTV’s Masterclass format was joined by the hour-long Masterclass Xtra series of demonstrations. New acquisitions included Newmarket doc series Horse Town, plus Lakes On A Plate and Animal Saints And Sinners.

THE SCHOOL OF LIFE TV
This ever-curious YouTube channel broadened out this year to include the lives and philosophies of history’s great thinkers, writers and artists, and questions of what it means to be human. Honing its voice with quirky, funny and visually arresting animations that entertain as much as they inform, it now boasts almost 847,000 subscribers and its top-rated films are scoring more than 400,000 views.

SKY ARTS
The merger of the two Sky Arts channels created one super-brand, backed up with a huge online archive. It attracted 1.2 million new viewers within three weeks postrelaunch. Popular shows included its highest-performing non-scripted series ever, Landscape Artist Of The Year; its highest-rated single doc, The Jam: About The Young Idea; plus a David Bowie tribute night and The Art Of The Joy Of Sex.