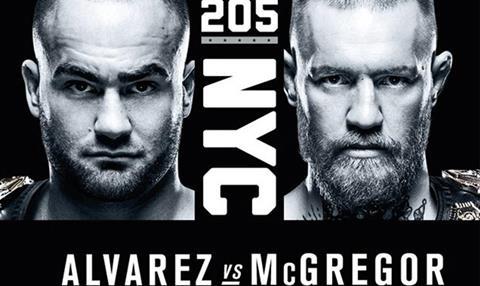 As well as pivoting away from the traditional linear TV studio show, an extra feature of BT Sport’s coverage was an original music video commission featuring grime star Big Narstie, combining quotes from UFC star Conor McGregor with fight action and footage of The MC rapping in a UFC octagon.

The judges praised BT’s approach to the coverage as “truly innovative” and a “brilliant example of how to amplify an event on a relatively small marketing budget, through innovative content and smart use of social media”.

BBC Sport’s Olympics web strategy broke all previous website and social media figures over the course of the 17-day event.

In total, there were 30 million views of live action during the games, with 14.1 million accessing via mobile. BBC Sport reached one in four of all of the Facebook accounts in the world.

MotoGP has been hugely successful for BT Sport, becoming its second most popular live sport event, behind football.

One of the key successes is the MotoGP section of the BT Sport app, carrying seven extra video feeds for each qualifying session and race, as well as wider social media support.

Following on from the Saturday evening match, Premier League Tonight is a relaxed, social media-led football chat show that has become the highest-rated studio show on BT Sport.

With a healthy community of engaged viewers of both linear and online content, the show racked up 5.6 million social views over its 23 episodes.

The referendum night drama reached more than 10 million people on TV over the course of the results, giving Sky News its best day in five years.

But it was on mobile where Sky reached the highest heights, achieving its best day yet, with an interactive results page getting 6.9 million views.

By broadcasting the Champions League final on YouTube for the fi rst time, as well as its own Europe Channel, BT Sport succeeded in making the event the biggest ever UK live stream.