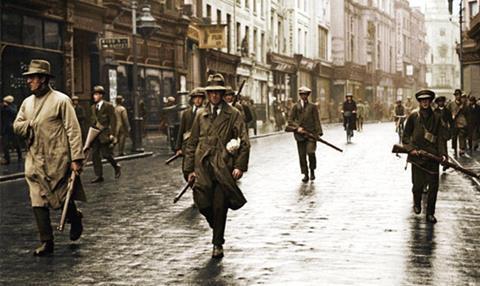 British Pathe was named Footage Library of the Year at the Focal International Awards last night.

The library beat San Diego-based Reelin’ In The Years and ITN Source, which picked up a nomination in its last year of trading, to the award, which was sponsored by Broadcast.

There was some consolation for ITN Source however, with head of sales Simon Wood, who shared his first Footage Employee of the Year award with his team.

“What a way to break your duck - in the last year of trading,” Wood said.

“You are only as good as your team and I have been lucky enough to work with a few in my 17-plus years at ITN. For all the researchers, producers and creatives that have passed through our doors in the last 17 years, it’s been a pleasure and an honour, and I wish you all the best.”

Elsewhere, Crackit Productions’ three-hour Channel 5 doc When Magic Goes Horribly Wrong picked up Best Use of Footage in an Entertainment Production, where it was up against Shiver’s ITV doc Les Dawson Forever and BBC Studios’ BBC 4 doc How Quizzing Got Cool: Brains of Britain.

Among the gems unearthed by producer/director Simon Withington and researchers Jo Stones and Daniel Kilro was a 1980s clip of OJ Simpson explaining his disappearing act – which found its echo in the winner of Best Use of Sports Footage: ESPN Films’ and Laylow Films’ Oscar-winning five-hour doc OJ: Made in America.

Nina Krstic was named Footage Researcher of the Year for her work on the OJ Simpson doc, which recently played out in five parts on BBC4.

Other notable winners included the BBC Natural History Unit’s Zoo Quest in Colour, named Best Use of Footage About the Natural World, and Ron Howard’s cinema doc The Beatles: Eight Days A Week – the Touring Years, which won two awards.

Employee of the Year
Simon Wood and team, ITN Source

Best use of Footage in a Music Production
The Beatles: Eight Days a Week – the Touring Years (White Horse Pictures/Imagine Entertainment)

Best Use of Sports Footage Winner
O.J: Made In America (ESPN Films/Laylow Films)

Best Use of Footage on Other Platforms
Terence Donovan: Speed of Light Exhibition (Dog & Duck Films)

Best Use of Footage in a Cinema Release
The Beatles: Eight Days a Week – the Touring Years (White Horse Pictures/Imagine Entertainment)