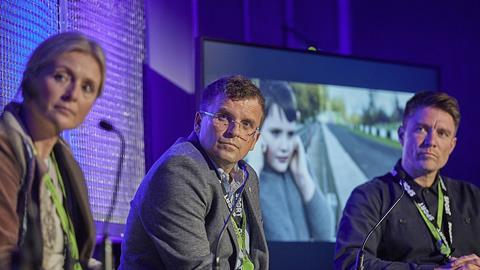 The power of the sports doc

The Broadcast Sport Content Summit, held at Dock 10 studios in MediaCityUK, assembled a panel of leading sports producers to discuss the growth of the genre, how it is evolving and what makes a successful film

SALLY BROWN We make about six to eight long-form documentaries each year. It’s a busy autumn – we’ve just had Standing Firm: Football’s Windrush Story go out, and we’ve got three more coming up. Covid gave us a bit of a log jam, but it’s a good log jam.

JOHN MCKENNA We set up Noah Media about six years ago. We make feature documentaries and documentary series including Bobby Robson: More Than A Manager for Netflix; The Edge cricket film; and Finding Jack Charlton, which was on BBC2. We’ve got an Arsene Wenger film we’re finishing at the moment and three or four things landing in the autumn, too. 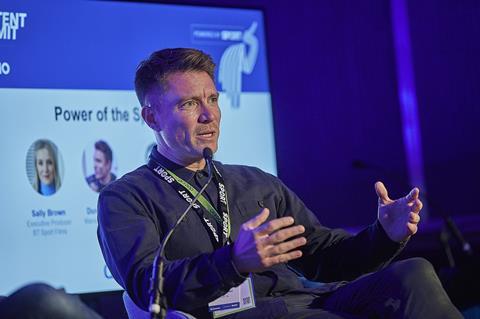 DUNCAN EAST We’re the new kids on the block in this scene, but we did the Tackling Racism documentary with Micah Richards; The Lawman, a Denis Law doc; and Class Of ’92, the Salford docu-series.

SB A lot of the film ideas we come up with relate to the sports rights in our portfolio. We schedule our films to provide premium content and fantastic stories that people want to consume after our marquee events. It’s audience retention for us, really. We’re the after party, so it has to be good. The sort of stories I’m interested in commissioning are ones that relate to our rights.

JM Sometimes we look for a commission to get an idea into reality. And sometimes we’ll think it’s an idea that has a broader appeal and we’ll independently finance it. The likelihood of getting it financed will play a part in the decision, as that’s a difficult journey in itself.

“We’re always looking for themes that are bigger than sport. It needs to engage a wider audience”
John McKenna

We try not to make sport documentaries – we make documentaries and they happen to be in sport. We’re always looking for themes that are bigger than sport. It needs to engage a wider audience than just sport lovers.

DE Sport can often be the Trojan Horse for a different message. Obviously, there is a huge sports audience, but you want to go past that. The Lawman is a rare documentary because it’s just about sport, there’s no other message. Denis Law is just a lovely bloke who had a fantastic career. But you don’t get many of those any more and there needs to be something else. 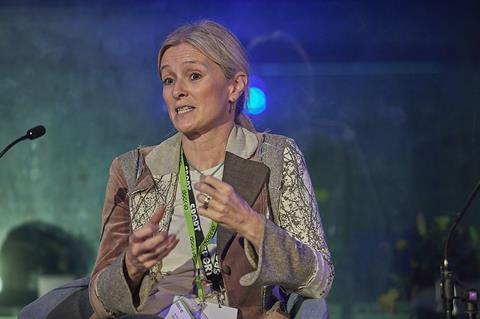 SB Because we are a sports broadcaster, we know our fans still love the archive sports docs – full of archive and commercial music of the time that brings the story to life. But I’m also now very much looking for stories like Standing Firm, which talks about the Windrush generation. We’re using our platform to tell some bigger stories, to educate, to inspire.

It feels like there’s a responsibility to get some of these stories out there – like Shoulder To Shoulder, which was really successful for us. The film is about the Irish rugby team who, even throughout the troubles, have always played as one Ireland. That was much bigger than sport.

JM We didn’t plan to make the Jack Charlton film it ended up being. We were going to do it about the Irish football team, and we had all this great behind-the-scenes archive.

It was going to be fun. So we went to meet the family and realised that Jack was living with dementia. We had an honest conversation with him and his family and they were willing for us to document that. And then, all of a sudden, it was a very different film, which was down to the bravery of the family, allowing us to document that. It’s all about honesty and relationships and bringing people with you. 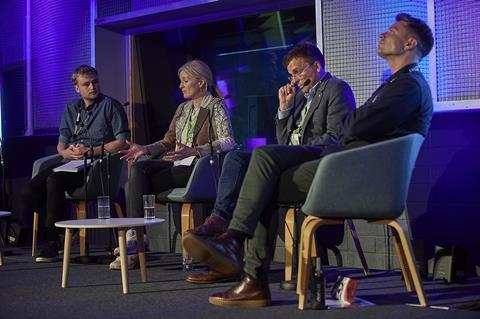 DE The process of making a doc can be really long. It’s been an eye-opener for me to see how long it takes from the original conversation agreeing the finance and the commission to finishing the film. It’s a long process and not one you can rush, because films like that [Finding Jack Charlton] don’t get made by just knocking it out – you’ve got to take time.

JM We always say it will take 18 months to make a film from start to finish. But that’s from greenlight to delivery, and quite often when you’re working with a broadcaster or a platform, they will want it sooner than that. We’re doing a series in a year and it’s going to be tight, but we’ll do it.

Contrast that with a film we’re making now where I spent three-and-a-half years trying to get two families to agree to tell the story. But it’s a story I think will be worth the wait. No one pays you for that time but, ultimately, it is worth it if the story is good enough.

“We want people to talk about our films as much as they do the live sport. We’re not providing cheap filler material”
Sally Brown

SB I’m really proud of every film that has the BT Sport Films brand attached to it. Sometimes we make them quickly, sometimes they take a bit longer. We want it all to be quality content and for people to talk about our films as much as they do the live sport. We’re not providing cheap filler material, it’s about premium content.

We don’t obsess about that first TX and how many people are watching. It’s cumulative for us and obviously we’ve got the VoD, web and app. The films I tend to go for are timeless pieces.

JM Commercial is important if you run a little independent company, so it does come into it. We’ll always try to pick a film we think will spread around the world and bring in international sales. Critical reaction is important too. It’s terrifying when a film comes out but, touch wood, it’s been pretty good with our films.

“The demand for sports docs is not slowing down. There is a desire to gobble this content up”
Duncan East

DE If you’ve got good numbers [of downloads and views] for your content then when you come to pitch the next one, you can show what works. It’s all about how many people are watching it and whether they like it – simple stuff. The demand for sports documentaries is not slowing down. There is a desire to gobble this content up, and the better you can make it, the more they love it.

SB Same here. There are lots of sports docs that are okay, but it’s about getting them all on the level of the quality that we all make. Everyone is hungry for them. 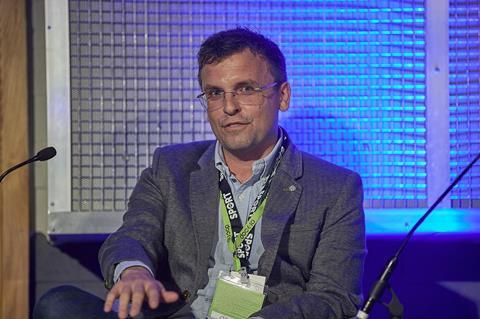 SB It’s the approach to the storytelling as well – not necessarily just going for the obvious A-B-C-D, but to find interesting ways to tell it. That’s what I challenge people to do. I want to see something that’s going to surprise, excite and entertain.

JM In terms of where it’s going to go, there is this massively engaged audience and, in sport, you’ve got content that people are desperate for. If you can get content directly to them, a film can do really well transactionally. If it’s a commission up front and they take all the rights, you can’t do that, but if you do something a little bit differently, that’s a really interesting area that might be worth exploring for production companies and film-makers in the coming years.