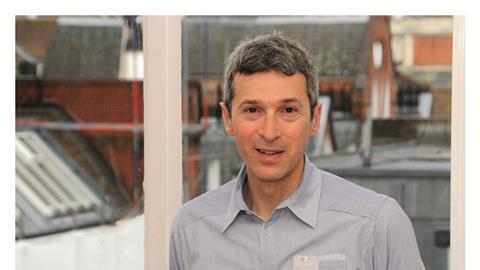 Richard Lever: TV’s ‘perfect storm’ is upon us

As someone closely involved in helping to establish the original terms of trade as part of his work with Pact in 2004, Richard Lever – a senior partner at media and entertainment law firm Lee & Thompson – appreciates what a watershed moment it was for UK producers.

“Everyone talks about how tax credits transformed the UK production industry but, really, these were only an additional layer,” he says.

“When the terms of trade were established, it truly put a value on the UK television business. The terms enabled producers who created successful shows to retain and control their IP and receive a much larger share of the net profits.”

As Lee & Thompson’s head of television for the past 15 years, Lever says a “perfect storm” of tax credits and the entrance of content-hungry digital players like Netflix and Amazon has given producers more opportunities and bigger budgets – leading to higher production values.

But with these opportunities have come fresh challenges. Lever notes that the market has become crowded with new players, many of which are feature-film producers moving across to television, or Hollywood studios such as Warner Bros setting up significant international TV arms.

IP retention has, therefore, become a key issue for indies. “What people don’t always mention is that the terms of trade only apply to UK terrestrial broadcasters,” Lever says.

“Sky is not governed by the terms of trade but has always offered competitive deals to UK indies. The emergence of the SVoDs and greater consolidation in the industry is potentially changing this dynamic.”

Lever says it can be challenging for producers “to face bigger, stronger SVoDs that set their own demands for commissioning”, but it is “not impossible” to do deals that enable producers to build up an asset base of rights.

“There are different models – and it often depends on the profile and experience of different production companies,” he says. “You have to be realistic about what you are bringing to the table but depending on the project, there’s room – with the right variables.”

He adds that Lee & Thompson, which represents some of the leading producer-owned and talent-owned production companies, is focused on giving commercial and strategic advice as well as representing firms legally.

“We embrace entrepreneurialism and want to help the producers and the talent that we represent to grow their businesses and develop their careers,” he says.

“We’re seeing these massive deals, such as Comcast’s acquisition of Sky, where the concern is whether indies will still have the same opportunities to secure commissions”
Richard Lever, Lee & Thompson

The company, which was set up 36 years ago up by Queen and Roxy Music lawyer Robert Lee (who received a name check in the opening lines of the latter’s song Virginia Plain), has a strong network of international connections and contacts in the US and Europe.

“Being able to gain access to broadcasters and commissioners outside the domestic market is one of a producer’s biggest challenges,” says Lever.

Lee & Thompson also helps to cashflow projects, including providing contacts at third-party banks, which, according to Lever, can arrange financial support for production costs where the deal is payment on delivery.

Meanwhile, the firm continues to help its clients navigate their way through an increasingly complex environment that has only got more complex with consolidation.

“We’re seeing these massive deals, such as Comcast’s acquisition of Sky, where the concern is whether indies will still have the same opportunities to secure commissions,” says Lever. “Will the big US conglomerates start to favour their in-house studios and connected businesses?”

Does Lever think it’s time to thrash out a terms-of-trade-style agreement with the SVoDs? “You would need to ask Pact about that,“ he says, adding: “What the UK broadcast and production community does need to look at is how it preserves a vibrant indie community and a framework for deals that remain flexible and not rigid.”