Critically acclaimed actress Michelle Fairley was awarded the coveted Brian Waddell Award for her outstanding contribution to the broadcast industry. 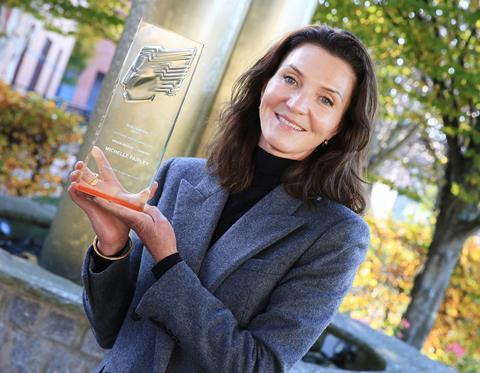 Born in Coleraine, Michelle has enjoyed huge success for her many roles on stage and screen, although she is perhaps best known for her portrayal of Catelyn Stark in HBO’s Game of Thrones which made her an international star.

“We would be nothing in this industry without our collaborators and I have been truly blessed to work alongside some of the best. Long may it continue!”

Vikkie Taggart, Chair of RTS NI said: “It is a real pleasure to celebrate the incredible talent of Michelle Fairley who has won the hearts of audiences worldwide in a glittering career spanning more than 30 years with her many accomplished performances. Congratulations to all our winners and nominees this year, who represent the best of the exceptional talent in Northern Ireland.”

The Current Affairs Award went to BBC Northern Ireland for Spotlight – Fear and Loathing in Quinn Country and My Left Nut by Rollen Productions was awarded Best Drama with Stellify Media’s There’s No Place Like Tyrone picking up the best entertainment programme. 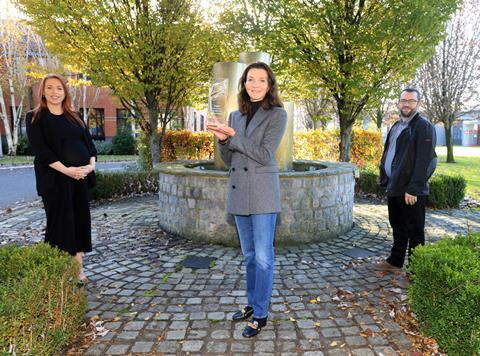 Michelle Fairley, Winner of the RTS NI Brian Waddell Award for her outstanding contribution to the broadcast industry is pictured with Maeve McLoughlin, Chair of the RTS NI Awards 2020 and sponor Ka-Boom

The Voyage by Jam Media was the winner in the Children’s/Animation category and Soft Border Patrol from The Comedy Unit won the Scripted Comedy Award.

Arena: The Changin’ Times of Ike White by Erica Starling Productions was the winner in the Documentary category with the award for Best News coverage going to UTV Live at Six for its’ coverage of the coronavirus crisis.

The Original Music Score Award went to DoubleBand Films for Lost Lives by Mark Gordon, Neil Martin, Richard Hill and Charles Graham. BBC Northern Ireland was the winner in the Specialist Factual category for Peter Taylor: My Journey Through the Troubles and Pulling with My Parents picked up the Features/Factual Entertainment Award.

Maeve McLoughlin, Chair of RTS NI Awards says: “This has been a challenging year to say the least, and we no doubt have further difficulties to overcome in the next few months.

“It was my wish along with the whole of the RTS NI Committee to ensure that these awards took place this year regardless of the challenges we faced. We felt that the industry as a whole has worked tirelessly to adapt to new regulations and also social measures to ensure the creative industries keep powering on, and we wanted to acknowledge that hard work and dedication.”