Presenter returns to ‘spiritual home’ after 13 years with BBC 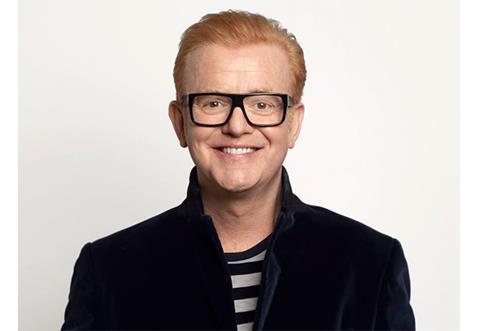 Chris Evans is to return to his “spiritual home” of Virgin Radio after 13 years at BBC Radio 2.

Evans, who has hosted Radio 2’s breakfast show for the past eight years, will front the commercial broadcaster’s rival show in the new year, almost 20 years after he left it. He previously hosted Virgin breakfast from 1997 to 2001.

“This is a transformational moment for Virgin Radio since it relaunched two years ago,” he said. “It is the next stage of our radio revolution, giving us a world-class presenter and a nationally recognised breakfast show that will drive audience growth for the station, across DAB, our app and all forms of connected listening.”

Wireless relaunched Virgin Radio in March 2016 and it was subsequently acquired by News UK in in the same year.

Evans said: “I see nothing but exciting and ground-breaking opportunities ahead. In a medium that is changing on a daily basis, the potential for growth is unprecedented. Our plan is to give it all we’ve got, see where we can get to and have the most possible fun along the way. It makes me smile every time I think about it.”

Evans joined Radio 2 in September 2005 as the host of the Saturday afternoon show, moving to Drive Time in April 2006, before replacing Sir Terry Wogan at breakfast in January 2010.

Evans’ show has a vast, consistent listenership and added 30,000 listeners in the three months to 24 June to hit 9.04m listeners according to the most recent Rajar figures, making it the UK’s biggest radio show. His peak audience was 9.91m in the second quarter of 2014.

BBC director general Tony Hall thanked Evans and described him as “an absolutely first-class presenter of the Breakfast Show. He has brought both warmth and a genuine insight into what listeners want and has given 100% to each of his BBC projects, including raising millions of pounds for Children in Need.”

Evans said: “I have absolutely loved every single moment of my thirteen years at Radio 2, which have flashed by in the blink of an eye. I have learnt so much from so many people to whom I will be eternally grateful. As Sir Terry said before me, there’s never a right time to leave something you love but there might be a wrong time if you hang on too long. I honestly think The Breakfast Show is currently as positive, useful, sunny and inclusive as it has ever been. It is In fine shape for its next custodian. Whoever that turns out to be, I wish them all the very best, they are in for an absolute blast.”

Evans won Sony Music Radio Personality of the Year 2006, 2007 and 2009 and his Drive Time won the Entertainment Award in 2007 and 2009. Chris won the ARIA for Best Music Radio Breakfast Show in 2016, the same year that Radio 2 won Best National Station.

Head of Radio 2 Lewis Carnie remarked on Evans’ “incredibly close relationship with the Radio 2 audience” and said a new Radio 2 Breakfast Show would launch early in the new year.

BBC Radio is in the midst of shuffling of its breakfast show presenters. Greg James recently replaced Nick Grimshaw at Radio 1, while Lauren Laverne will replace Shaun Keaveny at 6 Music in January.

The outgoing Virgin Radio Breakfast Show hosts Sam and Amy, who joined in October last year, are set to be offered a new slot on the station.

Virgin Radio has 413,000 listeners a week, listening for a total of 1,543,000 hours. During two previous quarters in the last year, Virgin Radio was the fastest-growing national radio station in the UK.