The pair’s first collaborative project will be a docuseries following the tennis icon in her personal and professional life. 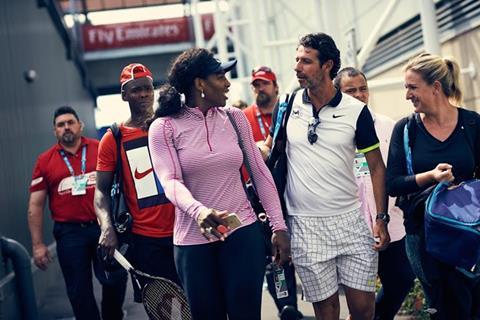 First up will be an as yet untitled docuseries following Williams in her personal and professional life. It is being handled by Plum Pictures, Goalhanger Films and Amazon Studios, and it is executive produced by Serena Williams, Patrick Mouratoglou, Stuart Cabb and Tony Pastor. It is currently filming.

In addition to her huge tennis success, Williams has become known for her off-the-court ventures, including the S by Serena fashion line and Serena Ventures. She also supports various philanthropic causes, such as the Yetunde Price Resource Center, launched in 2018 in Compton, CA, honouring the life and memory of her oldest sister by ensuring those affected by trauma have the necessary resources to persevere.

Williams said: “I’m very excited to be partnering with Amazon Studios – they are developing some of the most inspiring and important content for a global audience. I have a lot of stories I’m eager to tell, including a continuation of my own, and I look forward to sharing those with the world.”

Head of Amazon Studios, Jennifer Salke, added: “Serena has transformed her sport and become one of the most inspiring athletes, entrepreneurs and women of her generation, admired not only for her unmatched prowess on the court but for her dedication to advocacy as well.

“We’re incredibly excited to share her journey in this new series, and to work with her to create new original content for our Prime Video customers worldwide.”