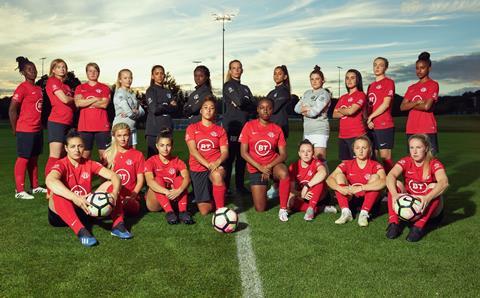 BT Sport and Insight TV have reunited for a second season of reality format Ultimate Goal. The six-part reality competition series returns to inspire female footballers on and off the pitch.

The series is co-produced by BT Sport and Insight TV with the format designed to try to uncover untapped talent in women’s football.

Ultimate Goal season two (6 x 44-minutes) sees 26 women from across the world compete for the chance to become the next female football superstar.

Eniola Aluko, a former Chelsea, Juventus and England forward, returns as director of football, alongside Everton and England legend and head coach Rachel Brown-Finnis to manage the squad of hopefuls.

They’ll be supported once more by Rosie Kmita and Mollie Kmita, former and current pros, who will act as coaches and mentors to the aspiring megastars.

The squad lived and trained as professional footballers at the Ultimate Goal Academy, developing their skills with world class coaches at a grassroots club and at the home of English football – St George’s Park.

Over the course of the series, those taking part will be whittled down to a list of 14, and those remaining chosen to play in an 11-a-side trial match against challenging opposition, attended by scouts from some of the top football organisations in the world.