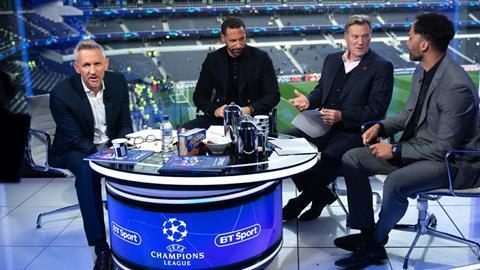 DAZN, Disney, Amazon and a British broadcaster reportedly in the running to acquire a stake

BT has confirmed that discussions are underway over selling a partial stake in its television offering.

According to the Daily Telegraph, DAZN, Disney, Amazon, and an unnamed British broadcaster are in the running as BT refocuses on upgrading its broadband network.

One major draw could be BT Sport’s Premier League rights, which it may secure without an auction this year - leaving a deal one of the only ways a new broadcaster could gain access.

In a statement, BT confirmed that talks are taking place.

”Further to media reports, BT can confirm that early discussions are being held with a number of select strategic partners, to explore ways to generate investment, strengthen our sports business, and help take it to the next stage in its growth,” it added. “The discussions are confidential and may or may not lead to an outcome.”

DAZN is the reported frontrunner and if it does pick up a stake it would represent its first major move beyond boxing in the UK. Earlier this year it was reported that Disney was also considering stepping into sports in the UK as it eyed the opportunity to secure some England cricket rights.

The unnamed British broadcaster may aim to bring some top flight matches to free-to-air television, building on the BBC’s coverage during the pandemic.