BT Sport to broadcast Serie A until 2024 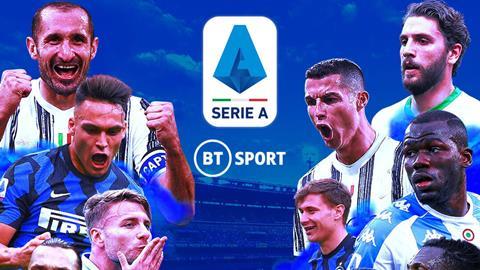 BT Sport has agreed a deal with Infront Sports to broadcast Serie A in the UK and Ireland until the end of the 2023/2024.

Starting from 21 August, every single Serie A game will be broadcast by BT, with at least five live matches from each round - making it roughly 200 live fixtures per season.

James Richardson will host a weekend Serie A show featuring key live games and looking at all the action from the league.

Inter Milan won Serie A last season, ending Juventus’ unprecedented run of nine consecutive league titles. AC Milan will also be involved in the title race, with holders Inter having to recover from the likely loss of key striker Romelu Lukaku - who has been strongly linked with a return to Chelsea. The season will also feature Jose Mourinho at AS Roma, who has already made headlines with three players and two staff members (including himself) being sent off in a pre-season friendly against Real Betis. 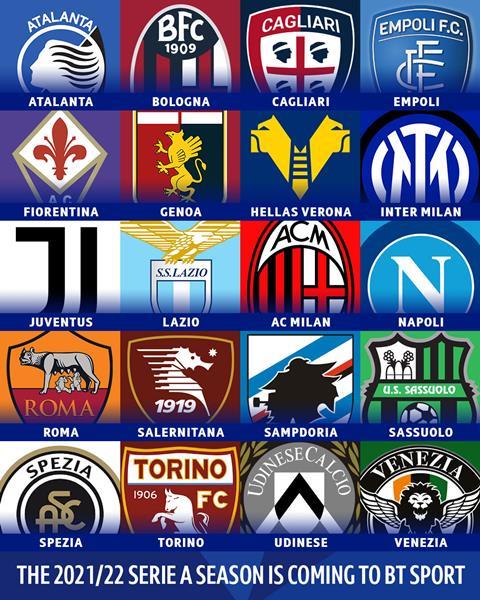 BT Sport gains Serie A from Premier Sports, which had aired it last season. It joins Ligue 1, the Champions League, Europa League, and Premier League on the broadcaster. Meanwhile, the Bundesliga has moved to Sky Sports.

Rachel Knight, sports rights director at BT Sport, said: “We want to provide our customers with the best sport from across the world and the addition of Serie A means viewers will get to follow some of the biggest stars, managers and clubs in world football. European football has always been an important part of our line up, with Serie A now joining our exclusive coverage of the UEFA Champions League, UEFA Europa League and UEFA Europa Conference League, alongside France’s Ligue 1.” 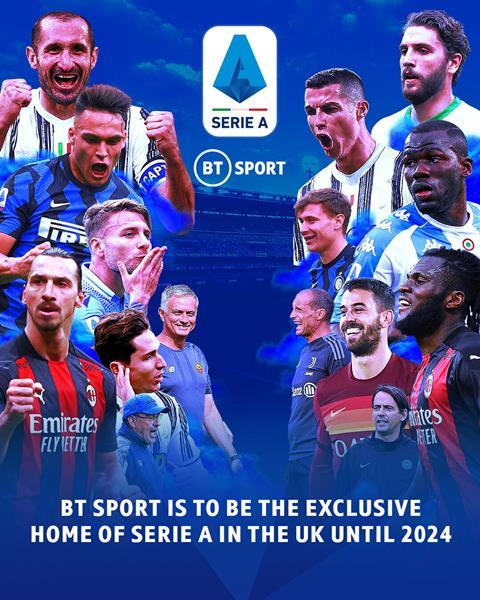