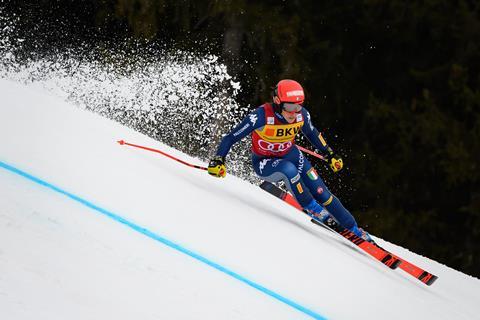 Discovery Sports has agreed a multi-year deal with Infront to bring the Fédération Internationale de Ski’s (FIS) events to fans across Europe.

In addition, Discovery Sports will also broadcast the FIS Alpine and Nordic World Ski Championships in 2023 (France and Slovenia) and 2025 (Austria and Norway) along with the FIS Snowboard, Freestyle and Freeski World Championships in 2023 (Georgia) and 2025. The Biathlon World Team Challenge will also be shown along with Summer Grand Prix Ski Jumping annually until 2025.

The 50-plus territory deal sees exclusivity in over 40 markets across Europe, and comes as the broadcaster looks to build up to the Beijing 2022 Winter Olympics. 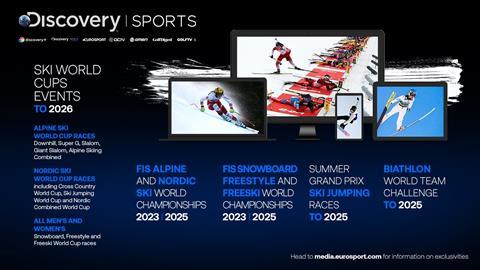 Andrew Georgiou, President of Sports, Discovery, said: “Eurosport has always been the home of winter sports, bringing fans the greatest choice of events and access to the sports they love. I’m delighted that Discovery Sports’ continued investment in the world’s greatest events and our renewed partnership with Infront will allow us to deliver every Alpine, Cross Country and Nordic Combined World Championships and World Cup race; every Snowboard, Freestyle and Freeski World Championships and World Cup and more Ski Jumping events than anyone else, which will help us to unlock the power of winter sports as we build towards Beijing 2022.

“Our deep winter sports expertise and localised production combined with the immense scale and reach of Discovery’s European portfolio including via Eurosport and discovery+ means we can continue to use our world-class storytelling ability to bring fans closer to their heroes, delivering action from the most exciting winter sports to the widest possible audience.”