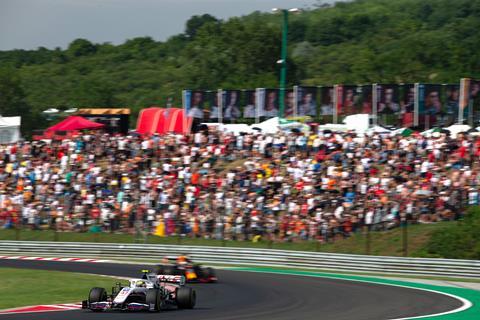 F1 terminated its rights agreement with Russian broadcaster Match TV, and blocked access to F1 TV in the country.

Match TV is owned by state-backed company Gazprom, and its deal had been due to run until the end of the 2023 season. However, F1 has now ended the deal early following Russia’s invasion of Ukraine.

The Russian Grand Prix due to be held in Sochi this year had already been cancelled, and the contract to hold it in St. Petersburg from next year also terminated. Haas driver Nikita Mazepin and the team’s Russian sponsor Uralkali have also left the competition.

F1 joins the Premier League in taking action against Russian broadcasters, after the competition froze its deal with Rambler in conjunction with actions taken by the EFL and FA.