FETV to produce coverage of every race, supported by highlights and qualifying package 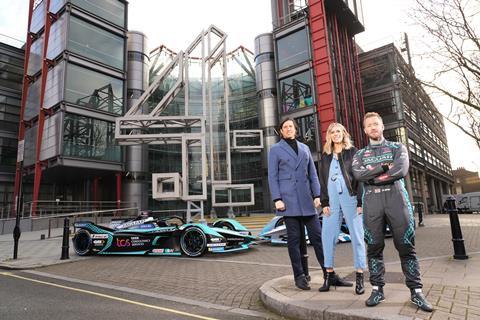 Channel 4 is to become the exclusive free-to-air broadcaster of the ABB FIA Formula E World Championship under a new multi-year broadcast agreement.

Every race in the championship’s 16-race calendar will be aired live on C4 and All 4, or via Channel 4 Sport’s YouTube channel from 28 Janaury. Race highlights will also be broadcast on C4 and All 4. As part of C4’s coverage, the Duels qualifying format will be streamed live via its YouTube page.

Channel 4 Formula E coverage will be hosted by Vernon Kay, Nicki Shields, Dario Franchitti and Jack Nicholls. The content will continue to be produced by FETV, a co-venture between All3Media’s production houses Aurora and North One.

C4’s head of sport Pete Andrews said: “Formula E is a fantastically exciting sport and this deal is wonderful news for sports fans. We’re proud to be showcasing a sport with sustainability at its heart and one that plays such an important role in seeking to combat the climate crisis.”

Aarti Dabas, chief media officer, Formula E, added: “Last season saw more fans around the world tune into our live race programming than ever before. With Channel 4 established as the regular free-to-air home for Formula E in the UK, we look forward to better serving our passionate fanbase while attracting new fans to the excitement of all-electric street-racing.”