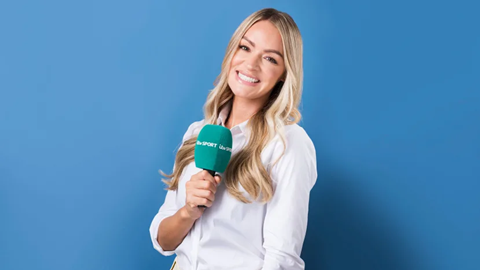 ITV has revealed that Laura Woods will present its coverage of the England women’s football team’s matches.

The broadcaster signed a four-year deal to air qualifiers and friendlies in the build up to and aftermath od the 2022 European Championships and 2023 World Cup last week. Games will be available on ITV, ITV4 and ITV Hub until the end of the 2024/25 season.

Woods will begin next week with England’s World Cup qualifier against North Macedonia on 17 September, combining the position with her presenting roles at is a presenter at Talksport, Sky Sports and DAZN.

Regular studio guests will include Eni Aluko and Ian Wright, with commentary from Seb Hutchinson and Emma Hayes. The North Macedonia clash will be shown from 6.15pm on 17 September on ITV4, and is followed by Luxembourg v England at 6.45pm on 21 September.

Woods said: “This is a real honour for me. It’s such an exciting time for women’s football and I’ve loved watching the game go from strength to strength. I can’t wait to join the team at ITV, and rub shoulders with the best in the business, presenting some really important games for the Lionesses.”