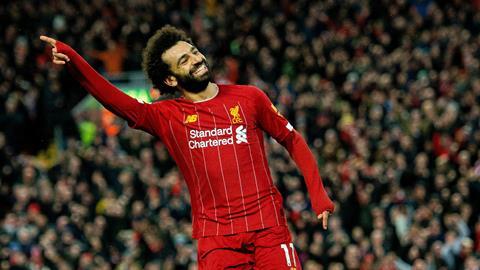 Sky Sports has revealed that Liverpool v Manchester United broke the record for the most viewed match on their channels.

An average of 4.5 million people tuned in for the match, with a peak of 4.8 million in the final five minutes. This is a higher audience than those acheived by Premier League games on terrestrial television over the past two seasons - although it is also a higher profile match than any that have been on the BBC.

It also becomes the second-most viewed Premier League game ever, after the 4.94 million that watch Everton v Liverpool in June 2020. That game was aired on both Sky Sports and free-to-air Pick TV.

In terms of competing with non-sport TV, the title race clash is the second highest rated programme ever on Sky channels - after Game of Thrones. In addition, it drew 25% of the total UK TV audience at the time, and 41% of those who are Sky customers.

The game itself turned out to be disappointing despite the high level of anticipation in its build up. The geographical and title rivals cancelled each other out, resulting in a 0-0 draw.