Sky Sports will be the sailing series’ broadcaster in the UK. 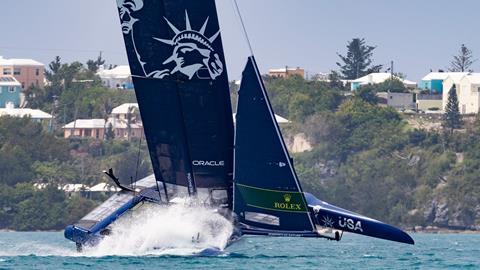 SailGP has announced that it will reach 175 territories in its second season, after a series of broadcasting deals.

The second season of the sailing series starts in Bermuda this weekend, 24-25 April, and will be shown on Sky Sports in the UK after the media rights distribution was handled by IMG.

There are also a slew of technological innovations for the second season, including improved LiveLine-Fx 3D boundaries and augmented graphics, explainers for those new to the sport and enhanced on-board audio and camera feeds. Oracle has also deepened its relationship with the competition to provide further data analysis.

A remote production hub in London – Timeline’s Ealing Broadcast Centre – will be in use as part of an effort to lower the carbon footprint as SailGP aims to become a carbon positive event.

CEO Sir Russell Coutts said: “We are delighted that SailGP will be broadcast in 175 territories globally this season - 30 more than last season - and with such a wide array of broadcast partnerships it truly highlights the appeal of SailGP and the eagerness to showcase these intense rivalries and cutting-edge boats to sailing fans and newcomers to the sport worldwide.”