A peak audience of 1.6m tuned in for the opening match of the competition. 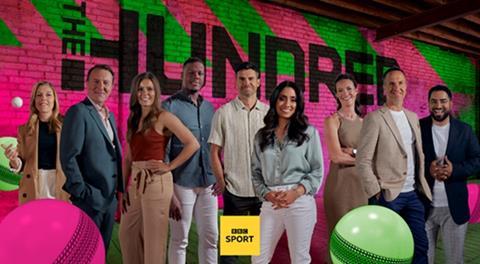 The Hundred’s opening match was the most watched game of women’s cricket on the BBC ever.

A peak audience of 1.6 million tuned into the match between Oval Invincibles and Manchester Originals, even eclipsing the 1.1 million who watched England win the Women’s Cricket World Cup on Sky Sports in 2017. 180,000 also watched via BBC iPlayer and the BBC Sport website.

An exciting game kicked off the competition, with the Oval Invincibles chasing down 136 to win with two balls to spare - despite being 36-4 at one point. The next game is also on the BBC tonight, with the men’s sides of the same two teams going head to head at 6pm.

Every match of The Hundred is broadcast on Sky Sports, with every women’s match and selected men’s games also available on YouTube. Sky Sports director of cricket Bryan Henderson spoke on the Broadcast Tech Talks podcast about its plans for the tournament.

The BBC will air 18 matches - ten men’s and eight women’s - including both finals, and you can read more on its plans for the competition here.