Broadcasters may gain or lose out from the move 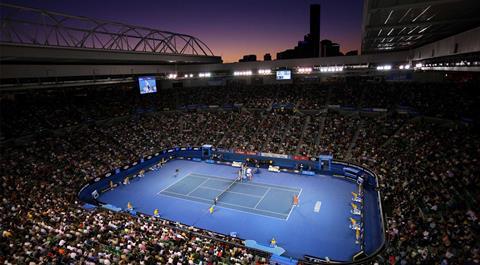 Men’s number one tennis player Novak Djokovic was denied entry into Australia this week, having failed to be vaccinated before travelling to the country.

The Serbian had arrived Down Under with an ‘exemption permission’ ahead of the Australian Open, but the visa he applied for reportedly did not allow for medical exemptions for being unvaccinated. Djokovic said in April that he is “opposed to vaccinations”, and an exhibition tour of Serbia and Croatia he organised resulted in himself and a number of players testing positive for Covid-19 due to a lack of social distancing.

Djokovic is now appealing his visa cancellation, with the case adjourned until Monday.

Australia has endured some of the strictest laws around lockdowns and the spread of Covid-19 during the pandemic, but a recent relaxing of measures and the arrival of the Omicron variant has seen cases spike to over 70,000 in the country of nearly 26 million.

Anger from the public at Djokovic being seen to be able to break the rules during such a situation is one of a number of factors that could have an effect on broadcasters’ viewing figures, according to Patrick Kinch, sport analyst at GlobalData.

He explained: “Australia’s decision to revoke Novak Djokovic’s visa could have negative implications for broadcasters and the year’s first Grand Slam, with ratings and tournament value likely taking a hit. Djokovic’s vaccination status is a polarising issue with many Australians infuriated that the player had been granted a medical exemption.

“The implications for Tennis Australia, the managers of the Australian Open, could be a lower quality event with a less desirable narrative of the lack of competition between the men’s singles players with the record-breaking Champion absent.

“A more tangible impact may be felt by the broadcasters. The lead domestic rights for the Australian Open are carried by Channel Nine Network in a $230 million deal between 2020 and 2024. There could be lower TV ratings as the competition will be without its nine-time defending champion, or the stance taken by the Australian government could provide a boost to ratings given the high level of support for it in the country.

“Channel Nine’s ratings for Djokovic’s victory in the 2021 final pulled in 1.17 million people across Sydney, Melbourne, Perth, Adelaide and Brisbane, down from 1.5 million in 2020. With the domestic broadcaster’s overall tournament viewing figures down 30% on 2020, it will remain to be seen what impact Djokovic’s absence will have on this trend.

“With men’s tennis coming to the end of the age of the Djokovic, Rafael Nadal and Roger Federer trifecta, the importance to Australian broadcasters that new compelling rivalries emerge will be vital to sustained media rights value. Fans will now be looking to the likes of Daniil Medvedev, Alexander Zverev and Stefanos Tsitsipas for the next generation of great men’s singles players, as Djokovic suffers from Australia’s strict COVID-19 border regulations.”