BT Sport is to launch Europe’s first Ultra High Definition (UHD) channel next month and its coverage will kick off with the Community Shield match between Chelsea and Arsenal on 2 August. 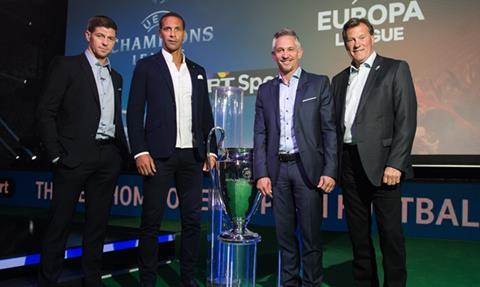 To view the IP channel, viewers will need a BT Infinity internet connection and a new set-top box, as well as a UHD TV.

BT Sport has not yet disclosed how much extra the UHD service will cost or the minimum bandwidth required to deliver the service, but its Infinity fibre optic broadband is normally above 15Mbps.

BT Sport has conducted a raft of UHD trials over the past 18 months, including Aston Villa’s FA Cup semi-final with Liverpool and culminating in a test broadcast of Southampton’s 6-1 victory over Villa to a group of homes kitted out with the new G5 set-top box from Humax, which will be available from next month.

BT Sport’s facilities partner Timeline has built the UHD scanner truck that will be used by the broadcaster (see box below) to deliver some of the 3,840 x 2,160 pixels, 50 frames per second content.

Some senior industry figures have raised concerns that greater resolution alone will not provide enough of a ‘wow factor’ for viewers and that a mixture of increased frame rates, higher dynamic range (HDR) and a wider colour gamut are needed for viewers to notice a significant difference to HD.

Some of those elements will be included in the next iteration of UHD which is being agreed by various standards bodies at the moment and is expected to be finalised mid-way through next year.

But BT Sport chief operating officer Jamie Hindhaugh said he was confident there was a big enough difference in the quality between HD and the first phase of UHD.

“We have done trials with HDR, but at the moment the broadcast equipment just isn’t there and TVs are still not there. We are looking at working with HDR to help with our journey in 4K,” he said.

“At the moment [higher frame rate] is not possible. If you look at every other broadcaster’s trials, they are all 50fps; that’s where we are.

“We think there will be a natural evolution [of UHD] over the next two or three years and we are already on that journey now so we can migrate. When you are at the head of the pack, you can help to set standards. That is important.”

BT Sport events that are broadcast in HD and UHD will require two directors overseeing two separate cuts, with UHD cameras positioned next to the HD cameras.

BT Sport’s ambition is to eventually use one director with both feeds derived from the UHD setup.

“We are working with some of the rights holders to understand our obligations around minimum camera specs for world feeds. We do plan to capture a couple of games in 4K, broadcast in UHD and HD but distribute the world feed in HD,” said Hindhaugh.

However, not all of the content shown on the channel will be UHD footage.

Hindhaugh said that some presentation elements will be broadcast in HD, while all on-field action will get the UHD treatment.

“The field of play is where 4K comes into its own and that is where we are focusing,” said Hindhaugh.

“We could upscale but I don’t like cheating the audience. If we go down to one truck [for both HD and UHD feeds] then the presentation would absolutely be in UHD.”

Hindhaugh also revealed that BT Sport is working with Timeline, Sony and Telegenic on a UHD-capable RF camera setup which he said should be up and running by the time the channel begins broadcasting.

When Sky tested UHD kit at the Ryder Cup last year it delivered footage from a roaming camera to an edit suite by shuttling memory cards back and forth, while BT Sport used a tethered camera during its tests.

BT Sport has also overhauled its East London facility ahead of the launch of the UHD channel and its new European football coverage.

It has built two more galleries, taking the total number to nine, and built an additional six edit suites to cope with the uplift in coverage, which will grow from 850 to 1,300 live matches.

It is also working with NCam and RT Software to deliver an augmented reality set-up in its studio for the first time.

Timeline Television has designed and built the scanner truck that BT Sport will use for its UHD coverage.

Timeline managing director Daniel McDonnell said the double-expanding, 12 metre-long rigid truck was “as up-to-date and advanced as is practically possible”. He said: “The Sony HDC-4300 cameras were tested for the first time at the Aviva Premiership rugby final at the end of May, and the kit is being delivered at the moment, so you can’t get newer than that.”

“Our challenge from BT was to make the UHD coverage as comprehensive as HD so viewers don’t feel there aren’t as many replays or camera angles,” said McDonnell.

“The Snell Kahuna lets us use the same number of keys for bugs, boxes, and clocks, and the Sony HDC-4300 cameras allow us to use Fuji’s proper broadcast box zoom lenses.

“If we used an HD lens it would have to be converted and would lose light and sensitivity, but the 4K camera and lens paired together paves the way for proper, true UHD coverage. We believe the  experience for viewers will be fantastic.”

McDonnell added that when not in use by BT Sport, the truck will be available for use by other broadcasters keen to deliver live UHD content.