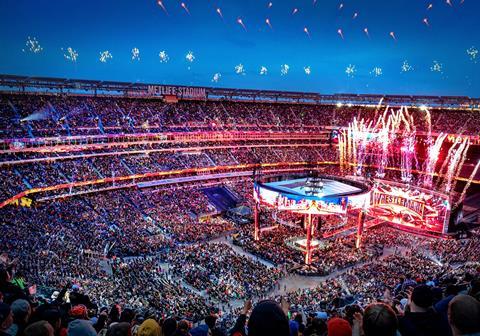 BT Sport has confirmed it has acquired the rights to WWE programming, ending Sky Sports coverage of the professional wrestling.

Reports that WWE was moving from Sky to BT first surfaced last month.The sports entertainment company’s events have been shown on Sky for more than three decades, and Sky signed a new five-year deal with WWE in 2014.

WWE and BT Sport will also partner across digital and social media platforms to create new content for fans in the UK and Ireland.

“We are incredibly excited by our new partnership with WWE,” said BT Consumer managing director of content and strategy Andy Haworth. “It is the most successful sports entertainment brand in the world, with a rich, fun and colorful history, loved by fans across the UK and Ireland. This is a brilliant addition for our customers and we can’t wait to get going in January.”

“We are pleased to begin an exciting new chapter for WWE in the region as we join BT Sport’s innovative offering and impressive portfolio of premium sports content,” said Stefan Kastenmüller, senior vice president and group general manager, EMEA for WWE.