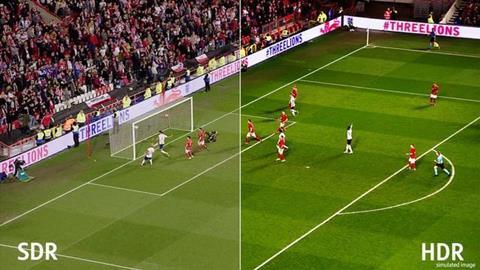 BT Sport Ultimate launched earlier in the year to BT TV and EE pay monthly customers, enabling them to watch in HD with HDR on Android and Apple handsets/tablets.

From today, BT Sport Ultimate will be available for an £5 extra per month to Sky customers who take BT Sport, and customers who subscribe to BT Sport’s app.

From the weekend, BT Sport Ultimate programming in 4K UHD with HDR will also be available via Samsung smart TVs, Xbox One games consoles and Chromecast Ultra streaming devices.

BT Sport will show up to 70 live events in HDR this season, including the UEFA Champions League and Premier League.

If an event is not being screened in HDR, BT Sport Ultimate subscribers will, from this weekend, be able to watch live action for the first time in 4K UHD on Samsung smart TVs, Xbox One, Apple TV 4K and Chromecast Ultra.