Caitlin Moran: the etiquette of crowd-funding 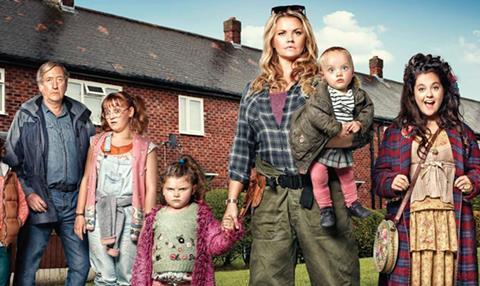 It’s always exciting when someone in your industry tries something new. If it works, then hurrah, that could be good news for you, and your future projects. And if it fails, you can laugh about it, and thank God it wasn’t you that tried the crazy-assed new thing.

Unfortunately for me and the Raised By Wolves team at Big Talk, we are those industry people trying something new. We’re attempting the UK’s first-ever crowd-funder for an established TV show - seeing if we can make the third series on fan-power alone, after Channel 4 cancelled the show.

Over the last few, insane, hard months, I’ve frequently wished we were the guys watching other guys doing it. But we’re not. We’re taking this one for the team. Enjoy not being us. Enjoy watching us from afar, and watching us see if there’s about to be a shift in the industry. We’re doing it for you.

We’re not, of course - we’re doing it for us. Although we’re insanely grateful that C4 allowed Raised By Wolves to exist in the first place, we were pretty gutted when it was cancelled. It was, after all, one of their biggest comedy shows of 2015, was voted the ninth best sit-com of the 21st century by readers of the Radio Times, and won a Rose d’Or.

It had sold across the world - US, Canada, New Zealand - and a US remake has a pay-to-play deal, with the Oscar-winning Diablo Cody writing it for ABC.

None of that guarantees the life of a show, of course, and it being cancelled in the UK is just the way the TV cookie sometimes crumbles. We were all set to simply get very drunk, then start pitching that musical about the life of Bill Murray we’d always talked about.

But when the news broke in July, there was such an outpouring of love from the fans - so many people going, “But it’s the only show I can watch with my mum/daughter”, or “But why don’t you crowd fund it? I’d pay.”

We thought: why not give it a go? It’s worked in the US: Mystery Theatre was brought back by crowd-funding, Veronica Mars and Super Troopers 2 were entirely crowd-funded movies. It would be interesting to see if it could fly here.

Kenton Allen and Big Talk were brilliantly gung-ho about it - “Fuck it. Let’s try it. It’ll be fun” - and Miranda Fleming at the Fanslike Agency was brought in to explain how the whole thing worked, and break virgin ground attempting it here.

We learned a lot along the way: even if it’s one of your show’s big catchphrases, suggesting a campaign hashtag of “#wankawaythepain” is not suitable; that it takes three months to plan the whole thing properly; and that, when you’re offering rewards for fans who fund, women are more likely to want a mug than a t-shirt (you can never get them to fit right. They’re always a bit tight across the tits and bum).

If we succeed in hitting our target - £320,000 gets one episode; if we get more, we make more - it opens up the possibility that no show with a fanbase need ever die. As long as the fans want to fund the show, producers can bypass broadcasters, and be commissioned directly by their audience. It could be amazing - opening up whole new lives for shows that are still loved, but which got canned.

If it doesn’t work, at least we were the crazy clowns who said ‘fuck it’ and gave it a go. At the time of writing - 24 hours after the campaign launch - we’re already on more than £60,000 from more than 1,000 supporters.

Cross your fingers for us. Or have a laugh on us. Either’s fine. We’re comedy writers. We’ll take any laughs. We were born like that.