SUNDAY: Call the Midwife and War and Peace lost ground but continued to dominate the evening for BBC1. 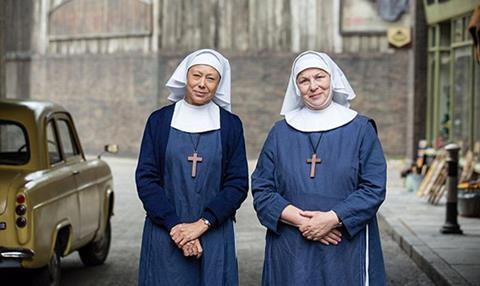 Neal Street Production’s period drama comfortably beat the channel’s slot average of 6m (25.7%) for the past 12 months, but as the fifth series got underway it marked a second consecutive fall on previous series openers.

In January 2015 the show pulled in 8.3m viewers for its debut, compared to 9.3m in 2013. However the share of audience for the launch episodes has remained stable – at around 32%.

The penultimate episode of October Films’ travelogue Walking the Himalayas transported 2.2m (8.7%) on Channel 4, building on the previous episode’s 1.9m (7.7%).

Epic Leo Tolstoy adaptation War and Peace remained ahead of the 4.5m (19.9%) slot average and won the slot.

Celebrity Big Brother drew an audience of 2.4m (10.3%) for C5, according to Barb data provided by overnights.tv, while Walter Present’s German acquisition Deutschland 83 dipped to 900,000 (4%), on Channel 4.