Calls for clarity of 4K 'experience'

The importance of higher frame rates, greater bit depth and wider dynamic range were stressed during a day of debate about the implications of creating and delivering high-resolution content. 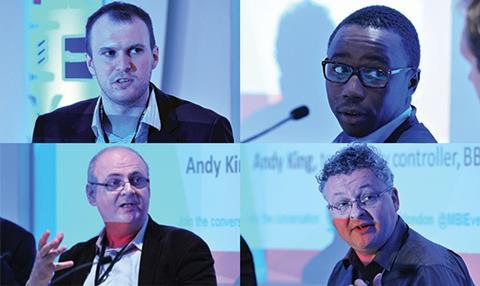 With panellists at a Broadcast-organised HD Evolved session outlining the range of definitions for what constitutes Ultra High Definition (UHD) and 4K content, European Broadcasting Union (EBU) senior project manager Adi Kouadio said the organisation was working to make sure viewers will have a “single experience”.

“There should be a ‘wow’ effect,” he said. “Viewers shouldn’t have to ask if it is UHD content or not. Several parameters play a role in this, including high frame rate and dynamic range.”

Kouadio said that the minimum frame rate for sport should be 60fps, the same as the BBC’s upcoming 4K World Cup trials. “The wow factor will come at 100fps and 120fps. However, that doesn’t mean you need 120fps for every UHD programme, and there is a need for variable UHD frame rates,” he added. “Wider dynamic range would also help viewers see details in blacks and areas of highlights – this is what people want, otherwise they will just end up with a big TV set with more pixels.”

Ericsson strategic product manager Mark Horton said that although the vendor has not yet tested high dynamic range, he considered it an interesting factor because unlike pixel count, it isn’t linked to screen size. “[HDR] can benefit screens from mobile phones to cinemas, whereas resolution is size-dependent, and the tests we have done so far suggest there is little point in anything smaller than a 55-inch UHD screen,” he said.

BBC television technology controller Andy King said the availability of UHD displays could position the nascent technology more favourably than during the early stages of HD. But fellow panellist and IHS principal analyst Ed Border argued that there is no great demand for the technology from consumers at present, even though manufacturers are “constantly looking for new features”.

He added: “Unlike 3D, there is potentially more advantage [for the industry] because it is useful further up the chain. There are advantages to shooting [but not delivering] content in 4K, whereas 3D just costs more money to create.”

King, who showed some scenes from upcoming BBC natural history documentary Life Story, which was shot at 4K, 5K and 6K, agreed. “For something like natural history, the quality ripples through the chain,” he said.

His point was echoed by director of photography Colin Elves, who said that DoPs often opt for cameras that shoot at higher resolutions because of other functions – not because of their high pixel count. He said: “The Arri Alexa shoots 2.5K but it’s popular with cameramen because of its dynamic range, and because it produces very flattering images. For me, shooting at 4K and above is about producing better HD resolution.”

HD Evolved was supported by Panasonic and SGO.