Canon has unveiled the C700, the latest addition to its Cinema EOS line-up. 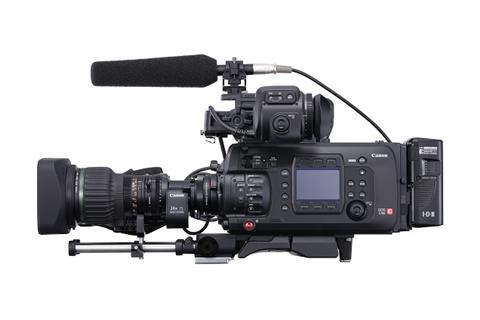 The flagship device, which is the successor to the C500, will be available with either a rolling shutter or a global shutter.

It is also capable of capturing Pro Res footage - a first for an Canon EOS camera - as well as XFAVC.

One of the most obvious changes is to the form factor, which is a departure from the design of the C100, C300 and C500.

The shoulder mount design is also closer to the size and shape of its likely rivals the Arri Amira and Panasonic VariCam.

Equipped with an Ethernet (RJ45) terminal, the EOS C700 allows users to live stream HD footage and also can be connected to a wireless network using the optional wireless file transmitter (WFT-E6B/WFT-E8).