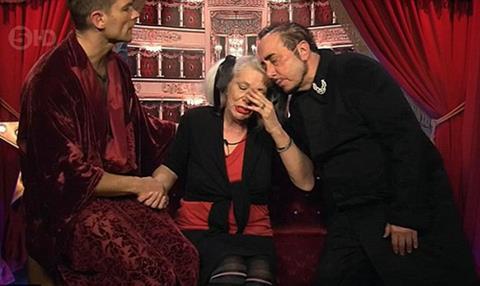 The reality show featured a grieving Angie Bowie and pulled in its second biggest audience of the series to date.

It was enough to land C5 second place in the 9pm battle, where it was only beaten by Silent Witness. The BBC1 drama continued with 6.3m (27.3%), narrowly below the series average after four episodes.

C4’s Derren Brown: Pushed to the Edge was the last-placed terrestrial show. The one-off, the first to be produced by Brown’s indie Vaudeville Productions, entertained 1.1m (5.5%).

Opposite, Stargazing Live returned for a three-part series with 1.6m (6.8%) on BBC2. It was beaten by a special episode in December which drew 2.8m (13.6%) as viewers watched British astronaut Tim Peake blast off into space.

Plimsoll Productions’ fixed-rig format, which follows the lives of six families, failed to benefit from the audience of 2.4m it inherited from Celebrity Big Brother.