Former culture secretary Karen Bradley has urged the government not to sell off Channel 4, highlighting the likely impact of privatisation on small and regional indies. 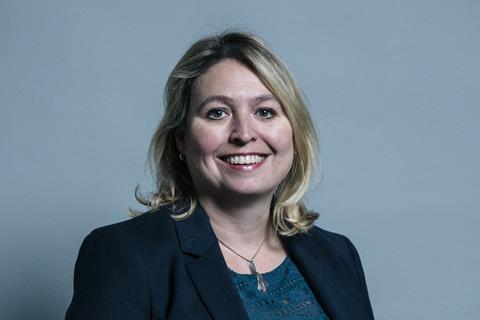 The MP, who was culture secretary from 2016 to 2018, has written a piece for the Conservative Home website, calling C4 the “most important start-up incubator in the TV production industry”.

She noted that 15 indies a year get their first TV commission from C4 and said the symbiotic relationship between the broadcaster and indies supports a wide range of UK businesses.

The issue of privatising C4 has cropped up several times over its 40-year history under different Tory governments, most recently in 2016/17 when Bradley was culture secretary. She wrote:

“In the end, I decided that while Channel 4 needed some quite significant changes to the way it was run, its ownership model was not part of the problem.”

She said the recent establishment of the PSB’s national headquarters in Leeds, as well as its hubs in Bristol, Glasgow and Manchester would not have happened under private ownership.

“I don’t believe that a private owner would freely choose to commission from as diverse a range of independents as Channel 4 does,” she wrote.

“The incentives for a new owner to move production – including out-of-London production that meets Channel 4’s nations and regions quota – to in-house studios, for the sake of economies of scale and rights retention, will be very strong, and I worry about the knock-on effect in terms of lost commissions for independents, especially small and regional ones.

“Any conditions placed on a sale – such as a requirement to keep the HQ in Leeds, or imposing a higher regional quota on Channel 4 than on anyone else – would reduce the attractiveness and price to a potential buyer. A far simpler solution is to keep Channel 4 where it is.”

Bradley added that as a Conservative MP, she had no “instinctive preference” for public ownership but hoped that Nadine Dorries, the current secretary of state for the DCMS, considers the best way to support start-up companies in the British film and TV industry.

A white paper setting out the government’s stance on a potential sale in ownership was initially expected to be published last autumn but has been delayed, with no updated publication date yet given.

Dorries said in November that there was still no decision made on the sale of the broadcaster.

Last year trade body Pact estimated that a sale of C4 could cost indies £3.7bn over the next 10 years.