Indie takes over from Zeppotron as ITN Productions’ co-pro partner 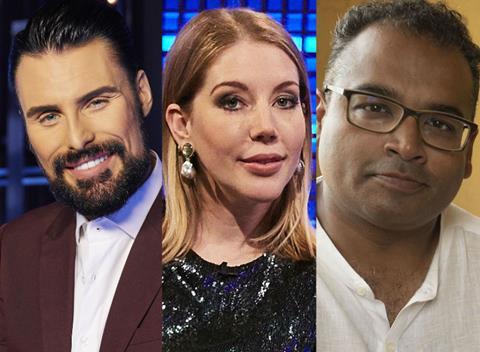 The BBC Studios-backed business has joined forces with ITNP for an eight-hour live event to air on Thursday 12 December.

C4 News presenter Guru-Murthy and Supermarket Sweep’s Clark-Neal will host alongside Katherine Ryan in front of a specially-invited studio audience. The trio will be joined by an array of experts – including Balding reporting results as they happen, Matt Forde running an alternative news desk and Rob Rinder assessing the mood on the ground. C4 News political editor Gary Gibbon will also feature.

It was followed by a second outing in 2015, hosted by Mitchell and Jeremy Paxman, with the duo reprising their roles in 2017.

Expectation comedy entertainment creative director Ben Wicks, whose credits include The Last Leg and Have I Got News For You, will take charge of this year’s coverage alongside Victoria Payne and ITNP director of TV production Ian Rumsey. Richard Jack will direct.

It marks the latest prominent Expectation win from C4 following its success in scooping the contract to produce The Steph Show, the broadcaster’s upcoming live daily show from Leeds.

“The Alternative Election will be distinctive, fresh and very entertaining, offering up the perfect mix of two political heavyweights who’ve just walked out of front-line politics as well some great comedians and entertainers,” she said. “Voters will be at the heart of the programme with audience reaction to all the key moments.”

Expectation’s Wicks said it promised to be a “truly unique live journalistic-comedic extravaganza”.

He added: “The Alternative Election Night will put our sharpest comics, most talented entertainers and most forensic journalists into contact with the winners, losers and also rans on this most historic of election nights.”

ITNP’s Rumsey said: “We’re delighted to be helping Channel 4 bring a unique take to the most unpredictable election we’ve ever known. In many people’s opinions, politics and comedy have never been closer together.”