In the eye of the political storm 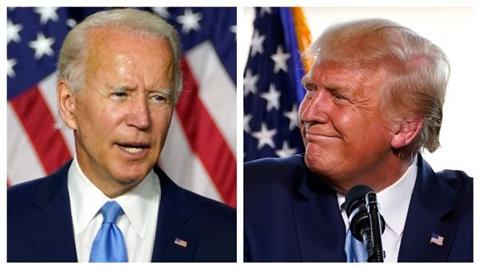 It was 40 minutes to air, and I’d already got my earpiece in, vaguely tuned into the background chatter of the gallery, whilst looking through my script. Then suddenly one of the producers, right in my ear: “Julie, you’re not going to believe this, but Corbyn’s just turned up”

l could write what I said but won’t.

Ever since the mad snap election (yes, I know there is some stiff competition) of 2017 was called after Theresa May’s mountain walk, we’d been in negotiations about who would take part in an election debate.

Mrs May had ruled it out from day one. Jeremy Corbyn had not been so sure. And he’d been leaving it to the wire to decide.

At this point, with minutes to go, I wasn’t expecting anyone from Labour to take part. Already standing in the wings were Caroline Lucas, Tim Farron, Leanne Wood, Paul Nuttall and Nicola Sturgeon. We’d kept a spare podium just in case Mr Corbyn changed his mind.

I scrambled my Labour notes together, factoring in a potential Corbyn dimension, and then the producer came back again: “Stand easy. It’s just a look-a-like sent by Channel 4 to wind up the crowds outside.” 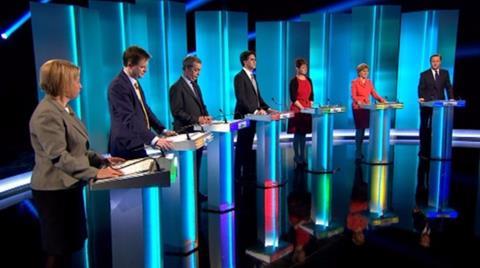 Having moderated seven debates so far – for elections, leaders’ contests and the EU referendum –since 2015, I’m now quite used to these moments of madness. The debates are, in sort of equal measure, political circus and deadly serious.

The first debate I did in 2015 – after protracted negotiations with David Cameron’s team – ended up having seven contenders. Nothing like it had been done on British TV before.

We had several weeks of intense rehearsals to get the content, tone and pace right. We had stand-ins for the party leaders, sworn to secrecy. Thousands of questions from our audience emailing them in had to be sifted through. Lots had to be drawn for everything – order of speakers, which podium each leader would take, who would get the last word.

The podiums were measured to look uniform, even with Nicola Sturgeon’s heels. It meant the tall men like Nick Clegg and Ed Miliband were rather more exposed.

I went to bed on the eve of the debate hearing Laura Kuenssberg warn it risked being a cacophonous rabble. I woke up the next morning to hear Justin Webb introduce a feature piece on butterflies. Tell me about it.

Behind the scenes later that day, I had a briefing from the Prime Minister’s security team, about how he’d be bundled off stage if there was a terror threat.

But once we finally made it to air, it was fascinating to see how they all handled it.

Nick Clegg hung out the dirty washing from the coalition. Ed Miliband looked a bit scary when he kept speaking directly to camera. Seven million tuned in to watch.

It was without doubt Nicola Sturgeon’s breakthrough moment on the national stage. She easily relaxed the quickest, leaning on her podium as if at a bar. Leanne Wood from Plaid Cymru found her voice when, in a moment of pure anger, she rounded on Nigel Farage. Nick Clegg hung out the dirty washing from the coalition. Ed Miliband looked a bit scary when he kept speaking directly to camera. Seven million tuned in to watch.

The debates nearly always provide heat if not always light.

I’ll never forget the moment Amber Rudd called out Boris Johnson in the EU referendum debate. He’d been on best behaviour as the only man on the set with five women – two on his side, three on the other. 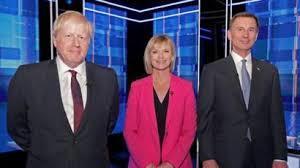 Ms Rudd tore into him, not least in her closing speech: “He might be the life and soul of the party, but he’s not the man you want driving you home at the end of the evening.”

Then in the Tory leadership debate last year, Jeremy Hunt and Mr Johnson couldn’t wait to get started. They were already bickering and bantering in the minutes before we went live.

Out of all the debates I’ve done, this was my favourite. The pair were a good foil for one another, and it included an electric moment, when Boris Johnson refused to say whether he would keep Sir Kim Darroch as Britain’s ambassador to the US if he became PM (emails had just been leaked in which Darroch criticised the Trump administration).

The Times reported that Sir Kim watched the debate and realised ‘the die was cast’. It made headlines across the press the next day, and Sir Kim quit.

Debates put our politicians to a unique test. In the spotlight, under pressure of the clock, up against their closest rivals, there is nowhere to hide.

Whenever they are looming, there is always heated debate about the debates themselves. They take up a huge amount of political and journalistic energy. They can cause real rancour about how they are formulated and run – who gets invited to take part, and who doesn’t. They can’t deliver the same in-depth scrutiny as a long-form, forensic interview carried out in a silent studio.

But they do put our politicians to a unique test. In the spotlight, under pressure of the clock, up against their closest rivals. There is nowhere to hide. They literally have to think on their feet. 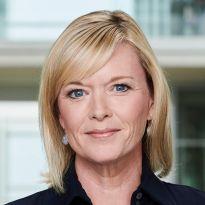 This week, millions will sit down in the US to watch Donald Trump up against Joe Biden in the first presidential debate of the election. Against the backdrop of the most volatile political environment in modern times, it has the makings of a defining moment, and the moderator Chris Wallace will be in the eye of the storm.

Anyone who’s stood in his shoes will only be wishing him the best.

Julie Etchingham is a newsreader for ITV News