ITV: the evolution of the newsroom

In the first of a two-part article, ITV news and current affairs director Michael Jermey looks back at the pioneering journalism that created a formidable force in broadcast news

About 25 years ago, around the time of ITN’s 40th anniversary, Sir David Nicholas, the legendary ITN editor-in-chief, introduced me, at an informal Bafta reception, to the eminent radio and television actress Ysanne Churchman.

“The BBC tried to ruin ITV’s launch night by killing Ysanne”, David joked. Ysanne, of course, played Grace Archer in The Archers, and the BBC – not wanting to miss the chance of throwing a competitive jab – arranged for her to perish in a fire in Ambridge on ITV’s first evening on air in September 1955.

ITV’s schedule that first night 65 years ago featured excerpts from ‘The Importance of Being Earnest’ at 8.40pm, Professional Boxing at 9.10pm and The News and Newsreel at 10pm. 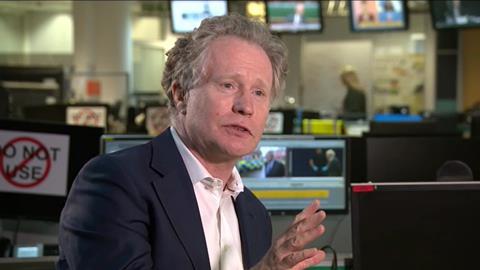 The news has featured prominently in ITV’s schedule pretty much every night since – that’s nearly 24,000 nights.

Independent Television News (ITN), the company set up to provide national news for the fledgling commercial network quickly established a reputation for independent-minded, picture-led news that put people at the heart of the story.

Fully funded by the first four ITV programme companies, ITN’s news bulletins were presented by a new type of broadcaster, dubbed newscasters – with individuality and authority – and from the first its editors sent reporters and crews to the heart of stories, bringing viewers the pictures and sounds of events rather than just the dry facts.

It may sound normal, but in that much more formal era, it was revolutionary stuff.

As a young ITN trainee in the mid ‘80s, I had the privilege of working in the newsroom alongside a handful of the ‘ITN originals’ who’d been there at the start in 1955 – people like Suez Crisis cameraman Cyril Page, travelling film editor Leo Rosenberg and news editor Arthur Clifford.

These were pioneers who’d helped create a vivid style of news with immediacy and impact that others admired, and sometimes copied, and that viewers soon came to expect on their television screens.

The debt owed to pioneers

Everyone working in television news today owes a debt to those pioneers who created and shaped a style of news that laid the foundations for what we see today. TV news – picture-led and on the scene of the story – is still the most popular source of news for most Britons in 2020.

In the first decade of this century there were voices predicting the demise of television news – certainly on the commercial channels.

Programme chiefs and schedulers in the ‘90s mucked about with bulletin start times leading to headlines about ‘News at When’, news on the internet was having an increasing influence and some doubted the likely longevity of scheduled evening bulletins on a big general entertainment and drama channel.

As commercial revenues fell, some wondered whether the money would be there to support news and public service broadcasting.

The teams at ITV and ITV News have proved the naysayers wrong. They have built on the work of the pioneers and today make a news service that is as enterprising and fleet of foot as ever, and well adapted for the third decade of the 21st century.

The past decade has been eventful and challenging for everyone in the news business.

“Over the past decade ITV has invested heavily in news and current affairs, spending well over a billion pounds on news alone”

We’ve reported on the continuing and profound global and domestic impact of the banking crisis and the economic consequences, the rise of populism in Europe and the Americas, the Arab spring and the terrorism, civil wars and mass migration that followed, the increasing concern about global warming, the revolution produced in so many aspects of daily life by digitalisation and in the UK specifically we’ve covered four general elections, three changes of prime minister, two major referendums and departure from the European Union.

Then of course this year, the biggest, most challenging story of the television age: the Covid-19 pandemic, an event that has affected every populated continent in the world, directly impacted everyone living in every corner of the United Kingdom and changed the way we make television news.

It is a story that ITV’s news teams around the world and across the UK have covered exceptionally well and that viewers have been eager to hear about.

Over the past decade ITV has invested heavily in news and current affairs, spending well over a billion pounds on news alone. The investment doesn’t produce a direct commercial return but has been justifiable as part of the UK’s public service broadcasting settlement.

ITV’s sustained investment in news has been accompanied by modernisation of the output and ways of working and the effective use of technology. Co-operation across all its journalistic output has been key to enhancing the service for viewers.

The broadcaster has brought news and current affairs, traditionally, and perhaps slightly oddly, different denominations within the same church much closer together.

Prominent news journalists such as Robert Peston, Julie Etchingham and Rageh Omaar have their own current affairs series on ITV. Producers in the ITV newsroom make programmes for current affairs slots. Dedicated current affairs teams, often outside London and sometimes from independent companies, choose to work with news presenters and reporters.

Much of the old tribalism of TV journalism, where news and current affairs were separate fiefdoms – a feature of the ‘80s, ‘90s and beyond – has disappeared.

“Regional newsrooms across the country and the network newsroom nowadays work together. The old divisions have disappeared”

The viewers have been the beneficiaries. ITV broadcasts Britain’s most watched weekly current affairs programme in the form of the Tonight programme and recently broadcast the Emmy- Bafta-winning Undercover: Inside China’s Digital Gulag, from Hardcash Productions, in our flagship ‘Exposure’ strand.

The channel has invested in a broad range of current affairs, setting up new programmes covering political discussion, international affairs and expensive undercover investigations. The commitment to high quality journalism has led to numerous industry awards over the past decade. 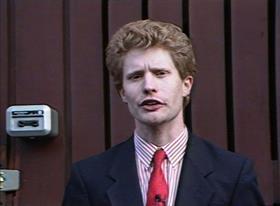 Regional newsrooms across the country and the network newsroom nowadays all work together as part of what’s dubbed internally as ‘One ITV News’. Again, the old divisions have disappeared.

There remains pride in distinct regional identities but pride too in the whole of ITV News, network and regional, which packs a punch greater than the sum of its parts.