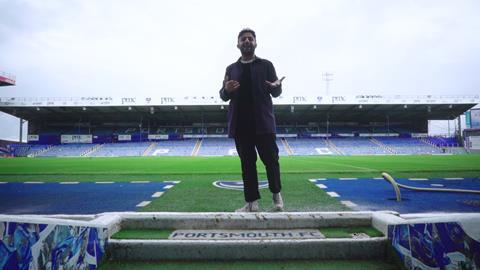 Copa90 has produced a new series of its online football show Derby Days, which this time examines the historic feud between two south coast teams, Portsmouth and Southampton.

The long running docu-series looks at deeply-held rivalries between local teams, and has previously profiled Real Madrid vs Atlético Madrid and Partizan Belgrade vs Red Star, through to Boca Juniors vs River Plate.

Copa90 says that since it launched in August 2013, the show has achieved 15 million plus views on YouTube, with each episode averaging 650K views.

Derby Days will be available on Copa90 Stories, a new YouTube channel.

Ross Whittow-Williams, chief operating officer of Copa90, said: “Eli takes audiences on a journey exploring subjects like identity, belief and loyalty and what each means to different people from all corners of the world; looking at how even the things that separate us somehow bring us together.”