Dock 10 bolstered its post-production offering with a deal for Manchester facility 422 earlier this month. Chief executive Mark Senior explains why he snapped up the post firm. 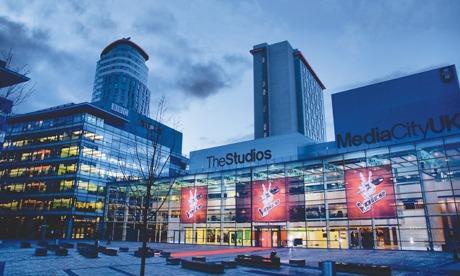 It was the second acquisition for the MediaCityUK studios, post-production and technology provider after it bought boutique Manchester VFX and commercials facility Edit 19 in April.

At the time, Senior said the deal gave Dock 10 a “compelling offer” for the advertising and corporate markets and also announced Dock 10 as a potential buyer of businesses.

“We have had a number of approaches, but 422 had always been on our radar because of the company’s 20-year heritage and its market position.”

Over the summer, Dock 10 was made aware that the lease on 422’s central Manchester building was due to expire and was asked if it would be interested in buying the company.

“422 is generally regarded as the leading player in the creative post market in the North. Supplementing the Edit 19 business with 422 gives us some critical mass,” says Senior.

“The logic [of the acquisitions] is to bring in VFX skills that we didn’t really have before, but also to give us a new market to play in because we have historically been almost exclusively involved in TV production.

“Both of these acquisitions open up the wider agency and commercial market, and in both cases we have brought the teams over en masse. They have serious craft talent and come with existing customers, and there was very little overlap in the customer base of [Edit 19 and 422].

422’s lease runs out in May, at which point they will join Dock10’s post division at MediaCityUK under head of post production Paul Austin.

The two acquisitions have doubled the size of Dock10’s post team, with the addition of 11 staff from Edit 19 and 15 from 422, which has also added some Flame-finishing expertise.

Is Senior interested in continuing to grow Dock 10 through acquisitions? “Never say never,” he says.

“There isn’t a list of ongoing discussions, but if the right opportunity comes along we would be daft not to look at it. But it has to be something that brings new opportunities or a unique selling point.

“Most people recognise 422 as a clear leader in its space so there is an obvious rational as to why we would do that deal. If others fit that criteria, and they don’t have to necessarily be in post, then we would look at them.”

MediaCityUK studios and post facility Dock10, or The Studios as it used to be known, opened its doors almost six years ago.

Senior says that it is over the last couple of years the site has “really matured”, citing Ericsson’s decision to shift some of its BBC playout operation to the campus - “great news because it brings a huge brand and added credibility to the infrastructure here” - and the utilisation of Dock10’s studios.

The final quarter of the year is traditionally the busiest period for studio providers, but this particular quarter is Dock10’s busiest since the studios opened, according to Senior.

“We have all our usual returning shows, and both Let It Shine (BBC) and The Voice (ITV) who have done their first records here and will be back before Christmas for their second block, and we have had two or three significant new indie productions and the old BBC classics like Porridge and Are you Being Served, as well as ITV constantly bringing out new concepts.”

Dock 10 hosted World of Sport Wrestling, a one-off special that filmed on 1 November and will air on ITV during the festive period.