“Clearly looked at what makes Drag Race and Queer Eye popular and tried to bring it to the show, with mixed success.” 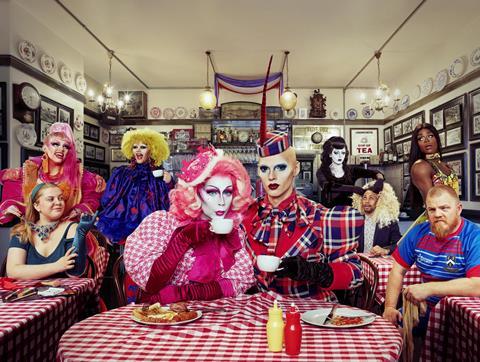 “The producers try to do too much at once, unable to decide whether it is a general makeover show, a specific look at the construction and benefits of drag or a full-on emotional rollercoaster following the punters’ and the queens’ journeys. The result is something that falls unsatisfactorily between three stools.”
Lucy Mangan, The Guardian

“Drag SOS has clearly looked at what makes Drag Race and Queer Eye popular and tried to bring it to the show, with mixed success. The show needs to find its fabulous, sure. But once it does, I think it could be truly lovely.”
Amy Jones, The Telegraph

“I have one niggling doubt about The Planets and it’s this: I’m slightly concerned we don’t learn anything. It’s like looking through someone else’s stunning holiday photos or watching a firework display.”
Chris Bennion, The Times

“As an aid to meditation, Professor Brian Cox’s latest series could hardly be faulted. A majestic tour of the solar system awash with computerised imagery, an eerie soundtrack and a travel budget the president of the United States might envy. You could probably glean most of the facts from Wikipedia, but Cox has a gift for making you feel that he’s telling the story for the first time to you, personally.”
Adam Sweeting, The i

“We didn’t glean much specific advice about potting or pruning: [Host] Carol led us along a wall of roses and pointed out that they had been invisibly trained along wires, without explaining how this was done. Perhaps that would be like revealing the secret of a magic trick — and Carol could be drummed out of the Gardeners’ Circle.”
Chris Stevenson, Daily Mail