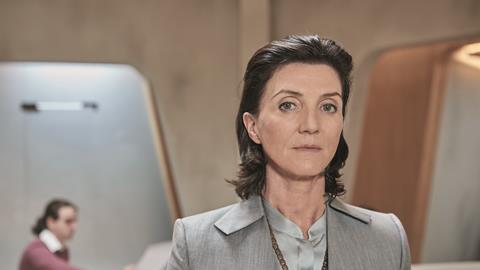 For our adaptation of Nick Clark Windo’s prescient novel, we used a giant green screen to show where technology could take us – but driverless cars would have to wait, says Simon Lewis

This had ‘easy gig’ written all over it. A near-future dystopian thriller about a world in which everything we do today with the aid of smartphones and laptops is transformed thanks to a high-tech brain implant that allows people to instantly share thoughts, memories and emotions.

It’s all there, right in front of your eyes – that’s the premise of Nick Clark Windo’s brilliant, prescient novel The Feed, which forms the basis of our show. 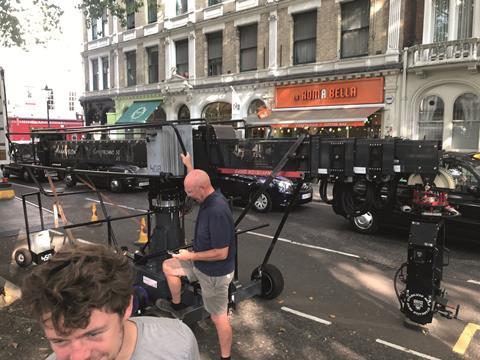 We managed to secure Channing Powell (The Walking Dead) as showrunner, added some of the UK’s hottest writing talent (Rachel Delahay, Tom Moran and Michael Clarkson) and off we went, urging them to let their imaginations roam free: “Don’t feel constrained about what the future might hold or look like.”

In Nick’s book, things start to unravel on about page 12, but after discussions with Amazon, Channing wanted series one to effectively be the backstory to the novel – a slow burn in which we see the world where The Feed (an Apple/Facebook/Amazon/Google mash-up that controls everything) works wonderfully well.

With simply the power of thought, you can speak to your partner, call a doctor or order a pizza. That is, until The Feed starts to glitch.

Putting together a crack VFX team was our number one priority. Our crew, under DNEG team leader Steve Moncur, stretched from Mumbai to LA via Madrid. They worked up visual concepts and VFX producer Adam McInnes joined the team to manage the huge number of shots that left our edit each day for VFX work.

After a quick back-of-an-envelope cost comparison, we alighted upon Manchester’s Space Studios as our production base. The story is set in London, but it was clear we would get a bigger bang for our buck by working in and around the north-west. 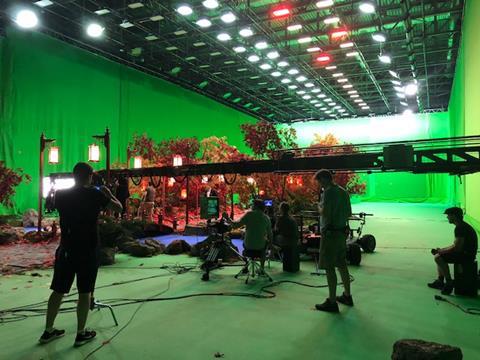 The Feed HQ, known in the story as ‘The Hub’, had to have all the futuristic architectural sex appeal of an iPhone and be able to believably sit next to the Thames somewhere in the high-tech east London of tomorrow.

We researched futuristic buildings in the north-west, then the Midlands and then the south-east. Nothing seemed to fit the bill, so with production dates looming, we had to start the studio build of the interior without knowing what we were matching it to. What could be simpler?

By the time we found a building with an interesting shape – in a science park in Anglesey, north Wales – we had already shot four episodes. We combined this with the magnificent atrium of the School of Politics at Oxford University.

Financially and logistically, this was a perfect storm. We were moving the unit long distances between shoots, often overnight, and had hundreds of supporting artists to transport first to Wales, then down to Oxford. It was expensive, and savings had to be made elsewhere to balance the books, but it was worth it for the added production value.

Simon Lewis - My tricks of the trade

The opening of episode one shows the wedding of Ben Hatfield (Jeremy Neumark Jones) – the youngest son of The Feed creators Lawrence (David Thewlis) and Meredith Hatfield (Michelle Fairley) – to the daughter of the Japanese prime minister.

Never ones for ducking a challenge, we shot the exteriors for this, with road closures and bus redirections, at the British Museum, which had to be transformed in vision into a Japanese pagoda – to show what The Feed can do. We then matched this to interiors at Wentworth Woodhouse near Rotherham. 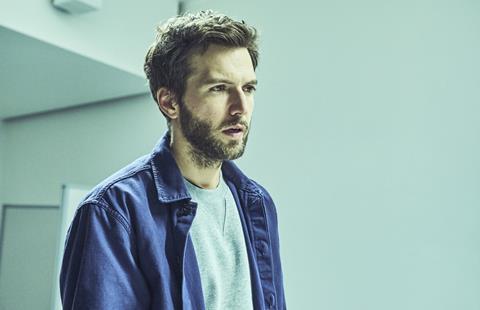 We had a huge supporting artist call at both locations, which then had to be combined with a 40-metre, 360-degree green-screen shoot back at Space Studios in Manchester.

The future did nobble us on a couple of occasions – driverless cars are one example. They seemed like a good way of telling the audience we were in the future, until we considered the logistics of shooting them.

Do you use a low loader? Conceal a stunt driver behind the seat or on the roof? Ultimately, we decided to save driverless cars for another day and another show.

After six months of filming, we moved down to Soho, where we held hourly battles with the VFX team of Steve and Adam – “how much will that cost?” was a frequently asked question.

Meanwhile, Jon Opstad wrote a stirring score and the VFX and ADR elves spun gold. Like I said, easy gig.

DEMONSTRATING THE POWER OF THE FEED 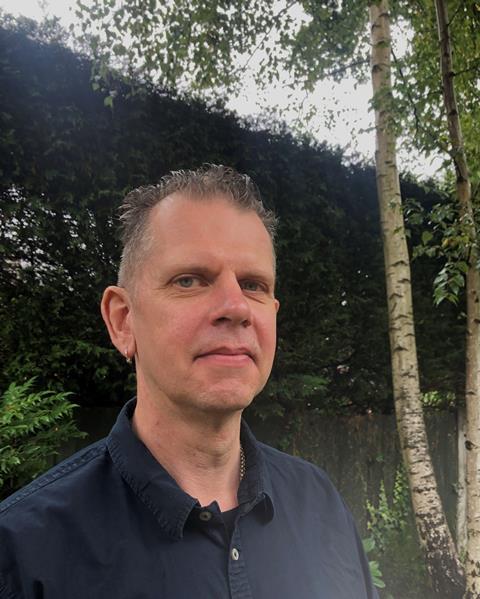 One of the biggest visual effects challenges of this production was showing the power of The Feed to change a user’s view of reality. This is well illustrated in the opening scenes of the first episode, where the script required us to transform the British Museum into a Japanese pagoda.

It involved months of planning. First a survey was done of the museum entrance, steps and forecourt. This was then built as a 3D model in Maya, while a 3D model of the pagoda was built from production designer Dick Lunn’s drawings. These were overlaid to check they would fi t together perfectly at the transformation moment.

All the camera angles from the storyboards were then plotted out to check line-ups, as the set that was constructed on stage would only be a partial build, requiring extension to create a grand sense of scale. 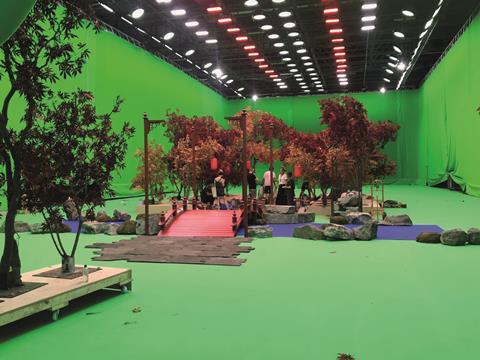 The only studio space big enough was the huge Studio 6 at Manchester’s Space Studios, where a partial garden set was built along with a plot-out of the British Museum.

The whole set, including the floor, was swathed in green so the actors and foliage could be keyed off. There wasn’t a scrap of green screen cloth left in the northwest by the time we were done.

The process, along with the 3D mock-up, meant we knew exactly where to place our cameras in the studio and on location in London, and how the elements would align. This was critical with the wide field of view of the lenses we were using (21mm and 29mm).

The task of extending the garden was an unusual job – a mixture of 3D model, digital matte paintings plus Asian tree and foliage elements, all built in compositing software Nuke’s 3D environment set-up as multiple projection layers.

This was then overlaid again with a representation of what The Feed’s operating system was doing to control what the user sees.