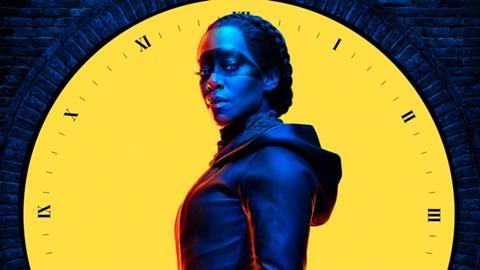 As it launches on HBO and Sky Atlantic, fans are already measuring Damon Lindelof’s TV take on Watchmen against the venerated Alan Moore comic books on which the series is, in a way, based.

But Nicole Kassell, director of the pilot and two more of the nine episodes and an executive producer of the entire series, came at things with a different mindset, initially at least.

“I waited to read the source until I’d read his take,” says Kassell of the pilot script by series creator and executive producer Lindelof, himself highly regarded for his work on modern TV classic Lost, HBO’s acclaimed The Leftovers and the latest run of Star Trek features. 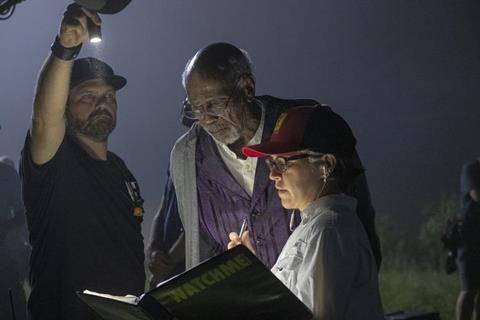 “I didn’t grow up on [the comic books] and hadn’t been a fan,” Kassell admits, “and I wanted to read his script with completely fresh eyes. Knowing that he was such a fan allowed me to be the counterpoint.”

The HBO-and DC Comics-produced series is set more than 30 years after the events of the comic books (adapted more straightforwardly as a 2009 feature that got mixed critical and commercial receptions).

It takes place in a mind-bending alternate 2019 where masked vigilantes are treated as outlaws, where Robert Redford has been US president for decades and where the populace has no internet or smartphones.

Most provocatively, in place of the comic books’ backdrop of a Russia-US nuclear standoff, the series, with If Beale Street Could Talk Oscar-winner Regina King starring, makes race and policing in America its central themes.

“It was the opportunity of a lifetime. Damon’s work is some of the most original and best writing I’ve read and it felt like an extraordinary story that I would be heartbroken to leave.”

Lindelof – who more than a year ago explained to fans in an Instagram post that his take on Watchmen was going to be a “remix” that would result in “inevitable pushback and hatred” from some viewers - undoubtedly saw the need for a behind-the-camera ally.

And Kassell - who had previously directed episodes of The Leftovers, as well as episodes of Westworld, The Americans and The Killing, and co-wrote and directed prize-winning 2004 indie feature The Woodsman - fitted the role.

Signing up to executive produce the entire run as well as direct key episodes “wasn’t required,” Kassell says, “but it was clear Damon was looking for that kind of long-term collaborator.

”And I just knew it was the opportunity of a lifetime. His work is some of the most original and best writing I’ve read and it felt like an extraordinary story that I would be heartbroken to leave.” 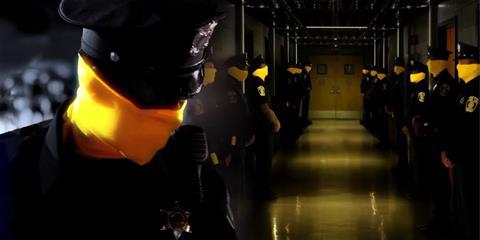 Kassell’s most obvious contribution was in establishing the project’s visual style, a style that, in spite of the series’ narrative departures, owes a lot to the comic book source material (which was illustrated for Moore by Dave Gibbons and John Higgins).

“The source was enormously influential visually and in our composition,” Kassell reports. “I would study it for camera angles and as a way to pay homage and to give that added layer of reference to the true fans.”

Lindelof’s willingness to let Kassell put her visual stamp on the show was “part of why I came on and stayed on”, the director says.

With the series shooting in the south-eastern US state of Georgia and Lindelof usually back in Los Angeles, it was up to Kassell and her heads of department on set to develop the eye-catching look that helped make Watchmen one of this autumn’s most anticipated TV premieres.

“We would come up with our vision and then run it by him,” Kassell recalls. “Everything we did was collaborative.”

Kassell might put even more of her stamp on a series project she is currently developing, with writer Nick Osborne, for Anonymous Content and Paramount Television – a new screen take on James Fennimore Cooper’s early nineteenth century novel The Last of the Mohicans.

With its romanticised depictions of early American frontiersmen and native American Indians, the material seems ripe for 21st century reassessment, and Kassell confirms that that was part of the attraction.

“What drew me to it was the opportunity to tell a well known story in a familiar genre from a very different perspective,” she says.

On the feature side, Kassell is nursing a dream project in her adaptation, with the author, of Barbara Kingsolver’s 2000 novel Prodigal Summer.

In a US industry dominated by peak TV on the one hand and comic book blockbusters on the other, though, filmmakers tend to focus on scripts rather than screen size, and Kassell says that is what has kept her working mostly in TV for the past decade-and-a-half.

In the feature world, she says, “the market for drama’s really vanished in the last 10 years. Reading features and TV [scripts] simultaneously, the quality of the material I was getting access to was much higher on the television side

“I’m a writer-director, but I love directing and I’ve just found myself on this directing run and haven’t taken a breather to write. I just love directing, and fortunately now you can find something great on any screen.”