The European Broadcasting Union has revealed the line-up of its latest executive board. 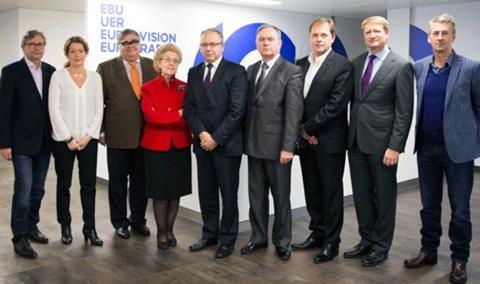 Members of the EBU who attended the organisation’s 73rd General Assembly in Geneva elected the board, which takes office from January next year for a two-year mandate.

Petr Dvořák, who was made director general of CT Czech Republic in 2011 joins the board for his first mandate.

The remaining eight members, including BBC England director Peter Salmon, were re-elected from the outgoing board.

Philippot said that one of the organisation’s priorities would be to focus on lobbying for public service media.

“Today our Union and its spirit of solidarity are more necessary than ever,” he said.

“In an increasingly difficult environment in which competitors and political pressures challenge our raison d’etre, we need our Union to actively and continually promote to decision-makers and our audiences, the distinctiveness and shared values of public service media  – universality, independence, excellence, diversity, accountability and innovation.”