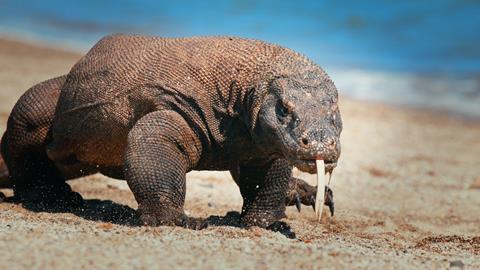 Filming big beasts of the animal world is fraught with danger – it’s vital to ensure the safety of everyone involved, says Sam Hodgson

The premise of Offspring Films’ series was simple: through encounters with big box-office animals – grizzlies, sperm whales, Komodo dragons and Great Whites – we’d explore why size matters in the natural world and reveal the challenges facing our megafauna at a critical time.

The execution of the idea was, as ever, more complicated, and involved risk assessments on a whole new scale.

Our first hazard was the remoteness of the locations. Big animals (particularly predators) have never lived comfortably alongside humans – and most of todays’ giants have been pushed out to the margins of the natural world. 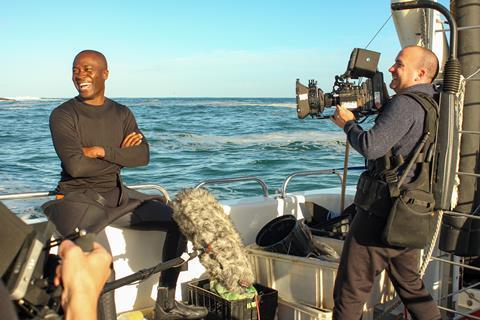 It took three days to reach the Bodoquenos Plateau in south-west Brazil, one of the last strongholds of the heaviest snake in the world: the green anaconda.

After two further days schlepping boats and kit up waterfalls, the scientists working with us picked up a transmitter signal from a seven metre- long female they’d previously tagged. But she was nowhere to be seen on the riverbank.

She was, in fact, below the boat, two metres underwater, and the only way to get the shots was to get in the water with her. This was not in the risk assessment.

After several satellite calls back to the office – and a dynamic risk assessment from producer Simon Muriel, the crew took the plunge.

Presenter Patrick Aryee carefully approached the snake through murky waters. The girth of the anaconda was so great she appeared like a submerged tree trunk. Keeping a respectful distance, all emerged safe and unscathed.

The anaconda was just one of the potentially dangerous animals on our risk assessments. On Rinca Island, Indonesia, we filmed another large predator, but this time it was venomous.

The Komodo dragon kills by biting its prey’s legs and injecting a slow-acting toxin that prevents the blood from clotting. Two months before we’d arrived, a dragon had bitten a Singaporean photographer and there were rumours that he had since died. 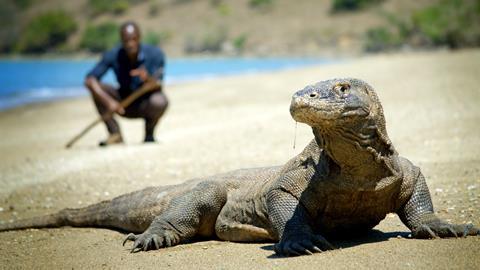 Our guides had tracked a water buffalo that had already been bitten by a dragon. By the time we arrived, at least 10 huge lizards were circling the dying beast.

On several occasions, we turned to see a hungry dragon approaching from behind. To reduce the risks, we created a circle of ‘spotters’ around cameraman Stu Dunn (each with a large stick). This allowed us to safely film the feast – as dragon crawled over dragon to get their taste of buffalo flesh.

Our most ambitious shoot was to film sperm whales – Earth’s biggest toothed predators – off Dominica. It was difficult timing. Months before, Hurricane Maria had destroyed much of the island.

Communications were down leading up to the shoot and the crew arrived to find the filming boat had been damaged. With budgets tight, and a full crew on location, we needed a quick and safe solution.

Luckily, the local team were brilliant. After lengthy negotiations and calls to insurers, a new boat was found.

The next challenge was to find the sperm whales. After two days, we had had no sightings. The crew were beginning to lose hope when their hydrophone picked up the distinctive clicks of Caribbean sperm whales. To show the scale of these colossal sea creatures, our aim was to get Patrick freediving alongside one.

To minimise the risk, he’d trained in a pool in the UK and could hold his breath for more than two minutes under water. But with no idea how long the whales would stick around, everything needed to work like clockwork.

Sam Hodgson - My tricks of the trade

Johnny Rogers is the most versatile cameraman I’ve ever worked with – able to switch from topside to underwater, drone to phantom flex in moments.

The plan was to position the boat ahead of the whales then drop cameraman and presenter overboard. Patrick would then swim away from Johnny, so the whale appeared between them.

After several failed attempts, and keeping the required distance, we finally got the shots. At one point, the whale opened her mouth and appeared to swallow Patrick whole.

Working as a tight-knit team, filming for all three episodes was completed in six months. Thanks to detailed risk assessments and excellent safety advice from our adviser Remote Trauma, we managed to film some of the world’s biggest animals without incident.

In fact, the closest we came to danger was from a small spitting cobra that set up home in the loos of our Kenyan camp. 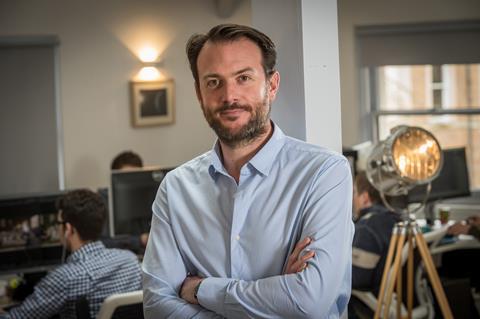 Following the success of our RTS award-winning visual effects on Offspring’s An Amazing Animal Family series for Sky, Moonraker VFX was excited to be working with our Bristol friends again on Big Beasts.

As well as showcasing the biggest creatures alive today, the producers wanted to step back in time to introduce prehistoric giants.

Our brief was to find a way to emphasise the sheer scale of these beasts, which suited the style of the series, and remind the audience that, even though they appear fantastical, they existed and walked the earth.

To achieve this, we created an antiquarian ‘book’ containing illustrated plates of ancient beasts. This gave the shots an atmospheric feel and provided a canvas to show off the amazing anatomical detail.

It also allowed us to add in human details to highlight the scale of these ancient animals. For example, the megalodon was a giant prehistoric shark that weighed more than 100 tons and had a four-metre jaw gape. 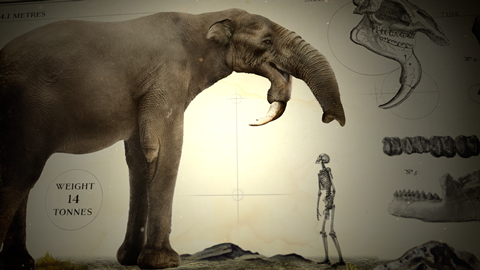 We started with beautiful illustrations from artist Roman Uchytel. We rotoscoped and graded the images to bed them into our bespoke ancient parchment texture and then rigged the images to allow us to create subtle animation. An additional layer of lighting and particle effects was added to bring the antique ‘plates’ to life.

We set up a pipeline where we delivered an oversized artwork at 8K to allow the offline edit as much freedom as possible to create camera moves and cuts as they pleased. We then recreated the locked sequences and added in the animations, lighting and additional particle effects. This kept the UHD render times as efficient as possible.