“After a barrage of psychological dramas, it feels quite refreshing to be watching something that acknowledges a wider world and works with a broader palette.” 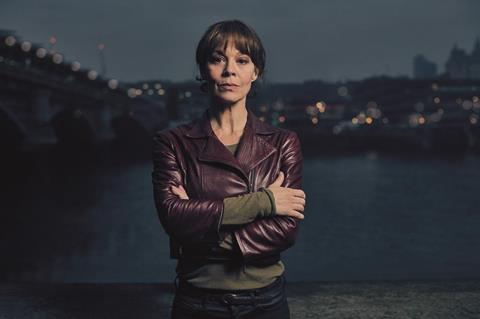 “It is all fabulously confident and classy stuff. After a barrage of psychological dramas, it feels quite refreshing to be watching something that acknowledges a wider world and works with a broader palette.”
Lucy Mangan, The Guardian

“If Fearless was a touch overwrought, with too many characters jostling for attention and a great deal of threat looming without consequence, it was also gripping and undeniably intriguing.”
Gerard O’Donovan, The Telegraph

“This ought to add up to a thumping good thriller – and perhaps it will.  But the first instalment struggled. Emma’s habit of smoking everywhere she is not allowed to, along with her battered old Volvo, felt like devices trying too hard to make her a loveable maverick.”
Matt Baylis, Daily Express

“Everything about the drama screams: ‘I’m the hottest political thriller this year, watch me!’ But it doesn’t quite pull off its uncompromising billing. Episode one lacked enough intrigue or emotion. Fearless drama it ain’t.”
Daisy Wyatt, The i

“There was a sense of complexity and paranoia but also the kind of bash-on-the-nose expository dialogue you hear in our more parochial dramas. Still, with Michael Gambon’s brief appearance there’s potential in this conspiracy.”
James Jackson, The Times

“Fearless was conceived as a do-gooder fantasy about protecting ‘human rights’. Thanks to its atrocious timing, it looks badly out of touch, and in execrable taste.”
Christopher Stevens, Daily Mail

The Art of Japanese Life, BBC4

“The programme explored various formative myths in so unhurried a fashion that you felt you must have entered some kind of meditative Zen-like state yourself. Dr James Fox is the ideal art presenter – expert and engagingly enthusiastic, but self-effacing.”
Lucy Mangan, The Guardian

“Essentially, Zen and the art of bonsai maintenance. This was beautifully shot if a touch heavy on the woodchime music.”
James Jackson, The Times

“Amazing Animal Births offered proof that even the simple television formats can be winners.”
Gerard O’Donovan, The Telegraph