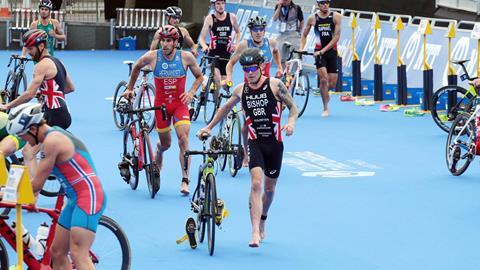 FilmNova is to be host broadcaster for the Leeds and Nottingham legs of the World Triathlon Series events, after being appointed by British Triathlon.

The production company will cover the events – which will both be shown live on the BBC – on consecutive weekends in June – 9 June and 15 June.

FilmNova managing director Phil Sibson said: “We were delighted to win a competitive tender process to be the host broadcast partner for British Triathlon and the International Triathlon Union [the organiser of the World Triathlon Series]. FilmNova is well known for our expertise in athletics and swimming and triathlon has always felt a natural fit for us. Together with our technical partners Timeline, we will bring extensive experience in covering road races and open water swimming, as well as innovation to the coverage at Leeds and Nottingham. We are excited with our plans and delighted to be working with British Triathlon to deliver them.”

He added: “4G has established itself as a cost-effective way of enhancing coverage. We identified ways of introducing 4G use for the Leeds coverage, such as a third motorbike to operate further down the cycle race and fixed camera positions in the city centre for parts of the course that had proven problematic in previous years. By adding the 4G element on top of a resolute RF and cabled camera plan, we will move the coverage on and add aspects that haven’t previously been possible.”

Jonny Hamp, Head of Major Events at British Triathlon added: “FilmNova displayed enthusiasm and detailed knowledge throughout the tender process. They put together a compelling proposal which brought some exciting innovations to the coverage. We are looking forward to working with them.”