“The voyeuristically delicious action on the tables-for-two was by far the best thing here.” 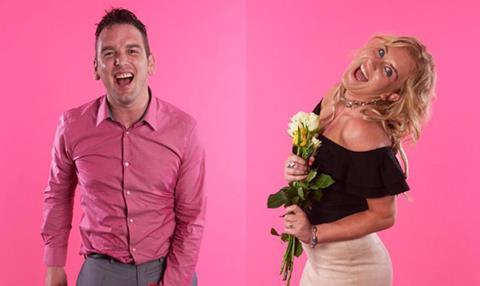 “The date-and-mate hit is already the equivalent of a row of Valentine’s cards in a Hallmark store, so there wasn’t much different with its First Dates: Valentine’s Special beyond added heart signs and inspirational words of wisdom from the maître d’, Fred.”
James Jackson, The Times

“The voyeuristically delicious action on the tables-for-two was by far the best thing here. I could have done without the trimmings: staged chats between the waiters and cheesy greetings card homilies from maître d’ Fred Sirieix. Elaborate facial hair and a French accent does not a philosopher make.”
Michael Hogan, The Telegraph

“The recipe for love is no longer unique but something mass-produced, cobbled together according to a shabby formula. Couples on this tired show, set in a London restaurant, chug past the camera like stale plates of food on telly’s conveyor belt.”
Christopher Stevens, Daily Mail

“First Dates has always been quite good at pulling the rug from under you. Elaine seems smitten with music producer Steve, until he suggests they split the bill. It’s easy to forget the First Daters are paying customers – but this, of course, is why it’s wonderfully awkward to watch.”
Leah Harper, The Guardian

“Straight back in to Lena Dunham’s now-familiar world of millennial entitlement and ennui, and not much has changed. For those who have already tired of Girls’ privileged, anxiety-ridden protagonists, this final series looks unlikely to prompt a sudden reassessment.”
Leah Harper, The Guardian

“Hannah’s new career provided a great deal of entertainment in a sharply paced opening episode which suggested that Dunham intends to go out with all guns blazing.”
Sarah Hughes, The i

“This was less about a wedding day, more a muse on romantic aspiration versus broken reality; about the risk of a generational repeat. Yet given that Serena and Jordan seemed so sweetly happy together, the navel-gazing felt a touch inconsequential.”
James Jackson, The Times

“There weren’t any fireworks as Serena married Jordan last night. There was nevertheless much drama of a quieter kind.”
Matt Baylis, Daily Express

“Art of France ended with a gallop through the belle époque and beyond in another miracle of concision. If you’ve missed this series, find it on iPlayer today. Andrew Graham-Dixon puts across erudite ideas with a magnetic clarity.”
James Jackson, The Times