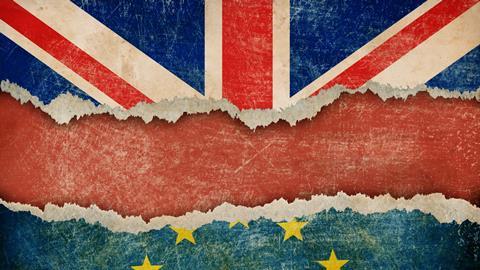 How will a no-deal Brexit impact broadcasting?

The UK’s television business and wider creative industries must be protected if a no-deal Brexit materialises, writes Tom Dods

With less than three months before the 31 October departure date that will take the UK out of Europe, stakeholders in the international broadcasting sector remain uncertain about the potential consequences of a no-deal Brexit.

‘What Comes Next?’, a report recently published by the Confederation of British Industry (CBI), declared a no-deal would find broadcasters – comprising more than 600 TV channels with an industry value of over £1 billion – “forever losing access to the EU from the UK,” leaving the sector “at risk as Europe’s leading broadcasting hub”.

Challenges include the need to prepare for structural changes to business models of UK-based broadcasters in a post-Brexit landscape.

For example, a white paper published in July 2018 noted that leaving the European Single Market without an agreement would remove the ‘country of origin’ principle, which dictates companies based in a member state are licenced by a national regulator to broadcast in another member state.

To that end, the UK broadcast regulator Ofcom highlighted that there are more than 2,200 channels broadcast across the EU.

Operating outside of the EU framework could affect investor confidence in the UK: EU rules stipulate that a broadcaster with a valid licence in Europe must have a significant part of its workforce in the country where it is licensed and make editorial decisions at its base.

Although agreements have not been reached on country of origin laws, the government has confirmed that Irish language broadcasting in Northern Ireland by RTE and TG4 will continue operating through UK statutory and domestic provisions.

The white paper also states that UK programming will remain classified as European, given that the European works content quota, which applies to work that originates from both member states and non-EU European countries that answer to the European Convention of Transfrontier Television of the Council of Europe (CTT), remains in place.

Furthermore, with demand migrating towards streaming services that offer a variety of on-demand TV programmes and films, the extent to which a no-deal European exit will impact traditional broadcasting platforms becomes unclear.

For instance, the BBC and ITV are collaborating to create new streaming service BritBox, which will provide thousands of hours of classic boxsets and archive material. Channel 4 and Channel 5 remain in “constructive discussions” to possibly join at a later date.

To mitigate the perceived risks of a no-deal Brexit, the CBI has recommended that the government should “commission and publish a report from Ofcom on preparedness of the TV channels broadcasting into the UK from the EU by September”, while considering “how to incentivise investment from media companies” to maintain the confidence of the 26,700 SMEs that the broadcasting sector supports.

Likewise, the CBI has suggested that the EU could “ensure there is sufficient resource allocated to licensing authorities to process applications”, while businesses should plan for the medium- to long-term, in the interest of maintaining job security to allow the UK to continue as the “leading television hub”.

The UK’s creative industries have experienced exponential growth in recent years, generating over £100 billion GVA (gross value added), which amounts to 5% of the UK economy and almost 12% of all UK businesses.

In an open letter to the Prime Minister, chief executive of the Creative Industries Federation (CIF) Alan Bishop recently declared the creative industries are the UK’s fastest growing sector, with expansion in every region of the UK at twice the rate of the wider economy.

Alongside generating economic prosperity, the letter also noted that 82% of people living in deprived communities in London experienced an improvement in their wellbeing after engaging with the arts.

To drive further growth, the CIF has suggested that the government should dedicate more time towards raising awareness of creative subjects in schools and reduce the £30,000 minimum salary requirement to hire EEA recruiter, in order to increase the pool of talent that recruiters have access too.

Mr Bishop stated that a no-deal Brexit could negatively affect the current state of the creative industries, given that the free movement of goods, services, capital and people has “underpinned the sector’s success”.