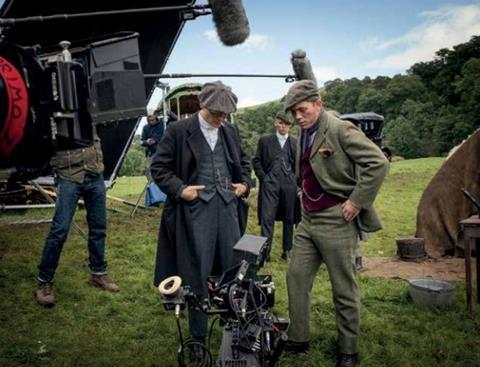 Many production companies are making great strides on environmental sustainability. However, the potential reputational risk of green issues to our world-renowned screen arts is highlighted by recent Barclays research that suggests the sector may be lagging behind some other industries.

The report, Environmental commitment: beyond a ‘nice to have’, is based on a survey conducted on behalf of Barclays by YouGov, which covered mid-sized organisations from all business sectors and compared how they are tackling environmental issues.

It does appear, however, that these businesses are beginning to rise to the challenge. According to the survey, seven in ten (71%) say they have taken some environmentally responsible actions and nearly half (46%) say they highly rate the importance of investing in environmentally responsible actions when it comes to improved reputation and greater cost-effectiveness.

The focus on environmental issues from government, viewers and the wider public is only likely to increase and put the TV and film industry under greater scrutiny, both in the UK and internationally.

Investors are increasingly putting pressure on all types of companies to pursue green policies, and consumers are ‘voting with their wallets’ against businesses seen as lacking environmental ethics. In addition, there is a burgeoning raft of environmental regulation with which to comply.

TV and film productions face a number of sustainability challenges, given the often-short-term basis on which they are put together.

As a major source of waste material, set construction is one of the biggest sustainability concerns, with sets for one-off productions often broken up and destroyed at the end of filming, although there are increasing efforts to find ways to recycle them.

Besides tackling waste, there is also increasing pressure to cut unnecessary travel, reduce energy and water usage, encourage environmental awareness among crews and check out the green credentials of suppliers supporting a production.

These challenges are often amplified when filming moves from the studio to locations without fixed facilities, where a production’s carbon footprint can be hugely increased. With locations often chosen for their natural beauty, it is especially incumbent on a production to protect the environment in which it is working.

Many of the industry’s leading players clearly take their environmental responsibilities seriously. But while the environmental impact of big-budget productions isn’t currently making headlines, there is a risk of negative stories in the future for those who fail to up their game.

However, our research also reveals some of the barriers faced by all organisations, not just those in the media sector, to addressing green issues.

These include the sheer complexity of the issues and the diversity of views on what constitutes environmental sustainability. It suggests that many businesses consider environmentally responsible actions in terms of a ‘big win’, when it may be more realistic to think about a variety of incremental benefits.

There is no doubt BAFTA’s Albert certification has had a positive effect in TV, pushing sustainability up the agenda and providing a platform for UK production companies to show how they are responding.

Switching to LED lighting, for example, is now common and there is more recycling and use of hybrid and electric vehicles. Some productions are getting tougher on suppliers, for example insisting caterers donate spare food rather than throwing it away.

Many independent TV production companies have been incentivised in part because funding often now has an Albert caveat.

The next challenge for Albert is to have the same effect on film production companies, who may soon find themselves having to answer to BAFTA in a similar way to TV.

There is clearly a growing realisation within the industry that it has a responsibility to be sustainable and ethical both on- and off-camera.

Potential reputational damage is a key driver of this, but the industry is also waking up to the fact that it needs to move with the times to be credible with employees and new talent, as well as benefitting from potential cost savings.

While the industry may be lagging behind some sectors on the sustainability agenda, it is certainly not the worst culprit.

To some extent the industry may be a victim of not shouting loud enough about the changes it is making, but perhaps it should now be calling time on some of the old ways of doing things.