Curious kicks on with BBC3

When episode seven of Britain’s Youngest Football Boss lands on BBC Three next month, it will not only update the progress of West Ham United Women and the team’s 19-year-old manager Jack Sullivan. It will also provide further evidence that a linear schedule online can grow a fanbase.

“BBC3 had been looking for a show that could repeat the linear schedule with when we pitched the idea for Britain’s Youngest Football Boss,” says executive producer and Curious Films chief Dov Freedman, whose credits include Channel 4’s The Island and The Trouble With Dad.

“It was BBC3’s suggestion for a monthly drop and since we’re a new company we jumped at the chance to innovate,” he adds. 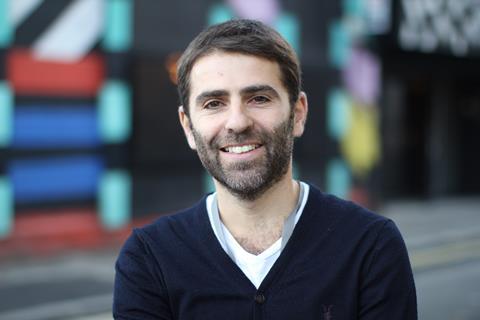 Kicking off before Christmas, the show was neatly timed as women’s football explodes into the mainstream in the run-up to this summer’s FIFA Women’s World Cup.

Filming on and off the pitch across the season, the series follows West Ham’s squad of female players as they debut in the recently-announced, Barclays-sponsored professional Women’s Super League, having leap-frogged two divisions from the part-time third tier.

For Curious, the series marks its debut commission, with its announcement coming simultaneously with the official launch of the company back in November 2018.

Freedman, a veteran producer of two decades, launched the factual-focused company with long-time production partner Charlie Russell, who has directed shows like Chris Packham: Asperger’s and Me.

“The conventional model for this kind of live-access programme is to film for six months, edit for several months and go through all screenings and reviews before getting a slot for TX,” says Freedman.

“In this case, making an episode once a month was immediately challenging to production.”

Besides the logistical challenge of turning around an episode every four weeks, the producer wanted to maintain high production values.

“There could have been a rough and ready way of making the show, but we wanted to stick to our core beliefs and keep that craft of filmmaking in there,” says Freedman.

“It means really thinking about the way the story is shot and trying to tie events on the pitch with the personal stories of the players.”

Storylines run between six and eight weeks behind when each episode airs. Freedman likens the editorial approach to running a newspaper.

“We meet every Monday to discuss the latest developments in matches and personnel,” he says. “We didn’t want a show that only appealed to football fans, as it’s also about gender in the workplace. The key for us is to make the audience care about the characters as people and as players.” 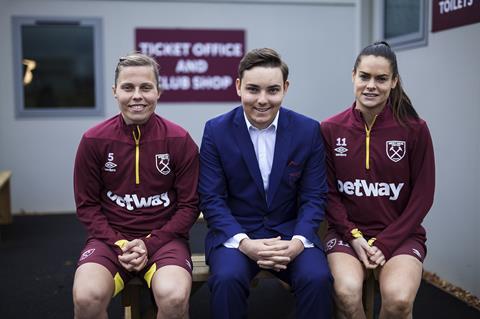 Curious kept the production team small in order to build relationships with West Ham’s 18-woman squad, the coaching staff and the Sullivan family (manager Jack is the son of the West Ham chairman David Sullivan). Producer/directors Alana McVerry and Steven Prior alternate between episodes so that while one is filming the other is in the edit working with editor Jamie Williams.

“With any programme of this nature, it comes down to trust between production and the subject,” says Freedman. “We told [WHU Women] our ambition for the show was to make the audience care about them.”

He adds that the show’s main reference point was Netflix’s behind-the-scenes collegiate American football doc series Last Chance U, which he describes as “an aspirational story to the 16-34 audience”, which was “something that appealed to BBC Three”.

Freedman adds that the BBC3 execs were not fixated on how well the first episode of the show would perform on iPlayer. “They were confident the audience would grow as the series rolled out,” he says.

Indeed, the broadcaster recently began scheduling the whole run in a Saturday evening slot on BBC1 following Match of the Day. The second episode peaked at 1.4 million.

Freedman and Curious are set to link with with wildlife presenter Chris Packham again on their next project, which is on a single doc about over-population for BBC2. A third show has also been greenlit but not yet announced.

“We enjoy working with talent to produce popular factual programmes that have an authentic feel,” Freedman says. “We are producing entertainment, but we want to execute and deliver shows with strong documentary values.”