Planning approval has been granted to extend Belfast’s Titanic Studios, where Game of Thrones is partly filmed. 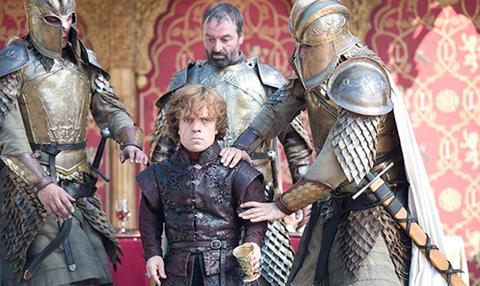 The £14m extension will almost double the space at the site, which incorporates Harland and Wolff shipyard’s former Paint Hall building.

The expansion is due to add 100,000 square feet of facilities.

Permission to build the new studios was granted by Northern Ireland Environment Minister Mark H Durkan, who said building the studios would “put Belfast on the map as one of Europe’s largest film production locations”.

It was granted to Titanic Quarter Ltd, the local consortium responsible for developing the studio’s waterfront and former shipbuilding location in Belfast.

HBO shot the a fifth series of global hit Game of Thrones at the studios this summer and are expected to return to the venue for at least two more seasons.

Films to have shot at the studios include 2007 science fiction title City of Ember and Universal’s comedy Your Highness.

The news will be music to the ears of inward investment champions and producers eager to tap into more shooting space in a squeezed UK studio landscape.