Game of Thrones; The Massacre that Shook the Empire; Janet Baker; In For A Penny

“A greatest hits kind of episode, a best-of that played to the crowd” 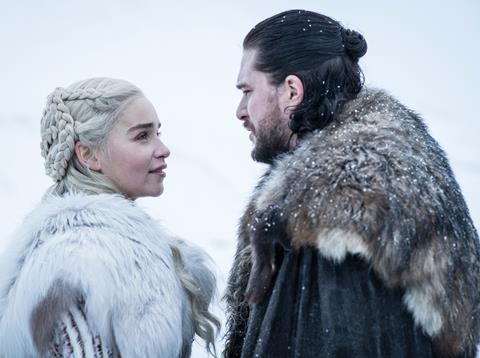 “Dragon rides and the occasional axe-or-arrow-in-the-eye aside, there was a distinct lack of bombastic action, but nevertheless, this felt like a greatest hits kind of episode, a best-of that played to the crowd.”
Rebecca Nicholson, The Guardian

“Unlike some previous season openers, which have spent time carefully arranging its players into place, season eight dives headlong into the action. After 20 months off the air, the resolution of season seven’s biggest cliffhanger, and the show’s Biggest Secret – Jon Snow’s true lineage – is not laboured either, dispatched in this opening episode with an admirable absence of drum-rolls.”
Jane Mulkerrins, The Telegraph

“If previous seasons spent their premieres dutifully checking in with each character and presenting new challenges for the season ahead, then ‘Winterfell’ largely sticks to that format. But due to the helpful nature of most the cast being in one of two locations, this is a far more agile opener than we are used to in Thrones.”
Chris Mandle, The i

The Massacre that Shook the Empire, Channel 4

“In less than an hour, the programme succeeded in bringing together sensitive reporting of the massacre and the context in which it took place; angrily examining our ‘wilful amnesia’ about the brutality of the British empire and our idea of British exceptionalism; and offering many insights into the second-generation experience.”
Emine Saner, The Guardian

Janet Baker: In Her Own Words, BBC4

“Janet Baker: In Her Own Words was a 90-minute symphony tracing her career as a classical singer. However, its climax came in the final 20 minutes, when she revealed she has been caring for her husband and former (devoted) manager, Keith, who, after suffering from a stroke, is an invalid. The scene in which they clasped hands and listened in tears to one of her recordings was a picture of purest love.”
Carol Midgley, The Times

“Despite some shortcomings, this was an affectionate and absorbing film. The final section offered some touchingly intimate domestic scenes with Dame Janet’s husband, Keith, yet at its heart was surely her assertion that music has the power to stop us worrying about the future or brooding on the past and instead to ‘hold us in the moment’.”
Rupert Christianson, The Telegraph

In For A Penny, ITV

“This cheap and cheerful show sent Stephen Mulhern out onto the streets of Cardiff to challenge passers-by to take part in some silly games. It all looked a lot more fun to do than to watch. There’s a reason his antics used to be crammed into a couple of minutes on Saturday Night Takeaway: any more than that is maddening.”
Christopher Stevens, Daily Mail