“One of those tiresome conveyor belts of clips, commented upon by people who confuse their own experiences with those of the whole of mankind.” 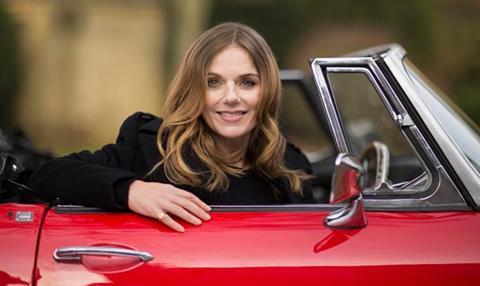 “Geri’s 1990s: My Drive To Freedom highlighted what is wrong with summing up entire decades, on television at least. Despite the programme being framed as a personal journey, our narrator kept us at arm’s length throughout and it became, in the main, one of those tiresome conveyor belts of clips, commented upon by people who confuse their own experiences with those of the whole of mankind.”
Matt Baylis, Daily Express

“It was a lot to cram into one hour and it never got under the fingernails of the era as some of the other ‘authored’ documentaries in the ‘My Generation’ series have done. But Geri Horner (nee Halliwell) proved as engaging a narrator as Keith Richards, Boy George and Jazzie B before her, only occasionally lapsing into ‘achieving my dream’ X Factor-speak.”
Jeff Robson, The i

“Geri’s 1990s: My Drive to Freedom would probably have worked better as a children’s picture book than a television documentary. After all, what were the allegorical characterisations of Ginger and Posh and the other little Spices but the Mr Men for teenage girls?”
Andrew Billen, The Times

“John Harris and Miranda Sawyer help out with the significance of the decade, the politics and the culture, New Labour, Diana etc. Geri talks about her career and her success, her friendship with George Michael, and her little red sports car. And she does a lovely impression of her Spanish mum.”
Sam Wollaston, The Guardian

“Channel 4’s War Child was a timely and powerful reminder of the human cost of political decisions. The scenes where the two children calmly narrated their plight and discussed their fears should be required viewing for anyone tempted to dismiss refugees as a mere statistic, or a homogenous group somehow inured to suffering.”
Jeff Robson, the i

“It’s not the first time the story has been told, of course. But it’s a story that needs to be told again and again because it is the story of now.”
Sam Wollaston, The Guardian

Down the Mighty River with Steve Backshall, BBC2

“Backshall is a companionable guide… [but] this was a frustrating film about the slightly monotonous viewer experience of watching someone else shoot rapids, or birdwatching without David Attenborough’s budget.”
Jasper Rees, The Telegraph

“He was the wrong presenter tackling the wrong childhood dream… [but] the last ten minutes of the show were both entertaining and fascinating.”
Christopher Stevens, Daily Mail

“The BBC’s generous allowance of prime time for a series without any front-page stars has been a vote of confidence in the material that continues to pay off. It’s rarely as tense as The Night Manager, but dull? Never.”
Jasper Rees, The Telegraph