High Dynamic Range: Stepping out of the shadows

HDR promises to take 4K footage to a ‘whole other level’, capturing TV images that offer unprecedented detail and texture even in the shadows. Adrian Pennington reports on the adoption of the technology 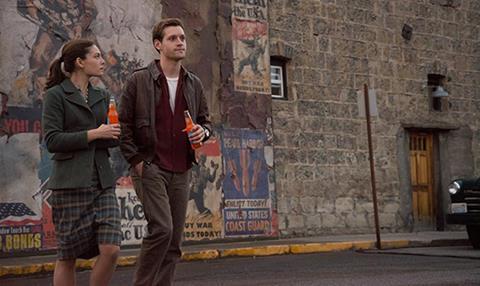 Encore Vancouver
The Man In The High Castle, Amazon Prime

Amazon Studios’ alternate history of a Germany and Japan-run United States was shot with Red Dragons and post-produced at 5K.

Senior colourist at Deluxe-owned Encore Vancouver Thor Roos says: “From the get-go, a theatrical look was very important to Amazon. It wanted to give this 1960s universe a realistic feel.”

Roos says good original photography will deliver the best results in high dynamic range (HDR), but the effect will reveal subtleties in everything from set design to costumes. “You can see more detail in 4K but HDR takes this to a whole other level. You can see detail in neon lights, spectacular highlights in windows or stained glass. HDR shines in those moments.”

HDR can be applied after a project’s grade or, in some cases, before colour correction, but with Encore supervising editor James Cowan, Roos opted to grade a Rec.709 version (the International Telecommunication Union HD standard).

“We had a discussion about how to approach it,” says Cowan. “Should we grade HDR first and make the Rec.709 version match that, or vice versa? We decided that Rec.709 was the hero path because 99% of people will view it. That said, we colour corrected both deliverables side-by- side. We’d see which grade looked best and select that.”

Amazon dictated that the production use OpenEXR, an open-source HDR fi le format originally developed by Industrial Light and Magic. Roos monitored the HDR path on a Sony BVM-X300 monitor and the Rec.709 on regular plasma displays. Blackmagic Design’s DaVinci Resolve was used for conform, colour, titles and versioning.

Cowan says HDR added a third more time in the grading suite, with knock-on costs relating to storage and graphics processing units required to power real-time computer performance. Lacking on-set monitoring, series DoPs Gonzalo Amat and James Hawkinson could only view the HDR version in post. However, as they saw more graded rushes, they began making adjustments on set for exposure and lighting.

A scene in the first episode depicts characters on a bridge watching the sun rise. “HDR made the sunrise look beautiful, while allowing us to see the actor’s faces rather than being silhouetted, which is the effect you would get with SDR,” says Roos.

A scene in Marco Polo features an actress against the backdrop of a rain storm walking from outside into a dark room. “You would not normally be able to cover this and see all the detail in the shadows or on her face, but in HDR this is a revelation,” says Dado Valentic. “DoPs will no longer have to compromise by having to select which part of the image they want us to see.”

Hired to work as colour scientist for season two of the 10-part Netflix drama Marco Polo, Mytherapy founder and chief colourist Dado Valentic developed a pipeline that enabled cinematographer Vanja Cernjul to control precisely the HDR while filming on location in Hungary, Slovakia and Malaysia.

Both series of the historical drama were shot with a Sony F55. “In order to acquire HDR, you do not need to change the camera or way of shooting, provided you have sufficient bit depth to extract the dynamic range from the raw material,” says Valentic.

With no on-set monitors yet available for displaying HDR, Valentic devised a means for Cernjul to know he was capturing enough information from an SDR display. It is a proprietary process but Valentic says it meant Cernjul was able to shoot in his usual manner, confident that the editorial team could unwrap the images and create an HDR image from them.

“We are capturing full-range, wide-gamut images without limiting them to Rec.709. There is also an element of colour scaling, instead of clipping colours. We are able to manage each shot in such a way that we know exactly what we are capturing, but without affecting the full wide gamut and latitude of the raw image. A camera such as the F55 has 14 stops and shoots wide gamut.

“We never want to limit what a camera captures, so we devised a method of interpreting what it had captured and how it would look on a wide-colour-gamut monitor and then displayed it on an SDR, Rec.709 monitor.

“This can only work in a colour-managed environment because each device needs its own colour profile. Avid dailies have their own profile, as do cloud dailies. But everybody sees the same image because we adjust the image so that it perceptually looks the same.”

Grade and conform
Valentic says the workflow turned a digital imaging technician into an on-set colourist who helped the DoP adjust the image. Having validated the look on Dolby Vision monitors before shooting, the on-set colour metadata was ingested and tracked through Avid, and graded and conformed on DaVinci Resolve, retooled to function in HDR by Blackmagic Design. Sony’s BVM-X300 monitor was used for viewing, although Valentic would like monitors that can sustain even greater brightness than 1,000 nits.

“We are not just conforming picture and sound but also colour,” says Valentic. This allowed Deluxe New York colourist Martin Zeichner to finish the grade in HDR and SDR in parallel by monitoring both outputs.

Valentic admits to making many mistakes with HDR in the beginning. “I behaved like a child with a new toy,” he says.

“I’m fortunate to have worked on a project of this size in order to learn the pitfalls, and to find out what works. There will be a period when everyone is excited by what is technically possible with the image, rather than with what the emotional and creative content of the storytelling requires.”

Amazon’s newsroom drama Good Girls Revolt was shot with a Red Dragon, with the post route from dailies to editing kept in Rec.709.

“The recommended practice is to start with the HDR version and extract from it a regular HD Rec.709 pass, but the practical reality of TV is that the majority of storytelling and viewership is in Rec.709,” says Encore Hollywood senior colourist Pankaj Bajpai. “So we devised the aesthetics of the show in Rec.709 and then did the HDR.”

Since HDR opens up a new creative palette to producers, DoPs and directors, Bajpai feels it is the job of the colourist to marry their needs with the current restrictions on viewing technology.

“Achieving that balance is a huge aspect of how we manage the HDR and SDR versions,” he says.

The most dramatic use of HDR occurs in content with high contrast between light and dark scenes, in explosions or on metallic objects offering opportunities for light reflections. Science-fiction or big-budget action movies are obvious beneficiaries. Less so are low-key, dialogue-heavy sequences.

“I found that if you have a scene in a living room with two people talking on a couch illuminated by a lamp then, in the HDR version, the lamp will appear very bright and actually start to compete for the viewer’s attention with the actor’s performance,” says Bajpai.

“There is not one scene [in Good Girls Revolt] that stands out dramatically differently in the HDR pass, but what you experience in HDR is greater texture and depth in the shadows and mid-tones.”